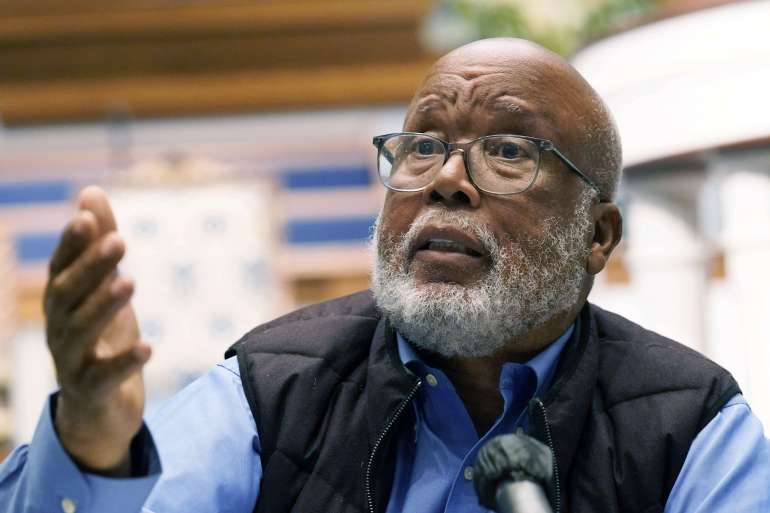 Weakened after his preferred candidates took a drubbing in the midterms and beset by rising Republican rivals like Florida Gov. Ron DeSantis, Trump entered the presidential field with less punch than expected. And while most members of the Jan. 6 select committee say Trump’s third run at the presidency has little bearing on their work, some also suggested he’s lost momentum as a political force.

Rep. Liz Cheney (R-Wyo.), the committee’s vice chair, said she was “confident” voters wouldn’t return Trump to the Oval Office, and Rep. Jamie Raskin (D-Md.) said Trump’s candidacy may be a bigger headache for Republicans than Democrats at the moment.

“I think that they have a serious problem because they’ve taught everyone essentially to follow Donald Trump’s orders,” Raskin said. “Now they’ve made their bed.”

Against that backdrop, the select committee is preparing to make some of its weightiest decisions — ones that could not only provide new evidence about Trump’s attempt to subvert the election, but also spoon-feed his political rivals plenty of attack fodder.

“We have a laundry list of things to do,” Chair Bennie Thompson (D-Miss.) said in an interview.

Thompson told POLITICO that includes an imminent response to Trump’s lawsuit last week aimed at blocking the committee’s subpoena for his testimony and documents, which Thompson said they’d likely have to file by Friday.

The panel will also need to decide how to handle the intake of new evidence, as the House’s official call for Republicans starts the ticking on the proverbial clock. Thompson said the spigot continues to flow — including a deposition scheduled for Tuesday with at least one witness from the Secret Service — even as the committee looks at an all-but-certain end date in less than two months.

Not to mention the select committee is still preparing a massive final report, a multi-chapter look at Trump’s scheme that lawmakers originally planned to release in the spring. But writing quickly grew increasingly complicated due to ongoing investigative efforts.

“Eventually we’ve got to get to the printer,” Thompson said.

Compounding the panel’s lingering challenges is the departure of senior staff, who have largely remained stable amid the committee’s 14-month probe. Top investigative counsels Marcus Childress and Amanda Wick have departed in recent weeks. Others are considering their post-committee future as well with January looming.

Despite the committee’s forced conclusion — and the impending loss of its own members, including Reps. Adam Kinzinger (R-Ill.) Elaine Luria (D-Va.), Stephanie Murphy (D-Fla.) and Cheney — lawmakers are feeling particularly buoyed after last week’s midterms. They see Democrats’ ability to hold the Senate and stave off a Republican wave in the House as evidence their message worked.

“If the Democrats had lost 40 or 50 seats as the pundits were predicting, everybody would be saying that we blundered by focusing on democracy,” Raskin said.

The panel also has several decisions to make when it comes to additional criminal referrals, a tool it’s employed three times to hold recalcitrant witnesses in contempt. Lawmakers on the committee have debated issuing more referrals to the Justice Department to reflect that Trump himself or some of his top allies broke the law as they attempted to seize a second term. Committee members have already made the case, emphatically, that they think Trump may have violated felony obstruction statutes and criminally defrauded voters.

But more notable will be the committee’s judgment as to whether Trump or any of his associates tampered with witnesses — an undercurrent that some of the panel’s members have referenced at multiple public hearings. In addition, the committee is still weighing whether to consider Trump’s refusal to testify as worthy of a contempt of Congress referral.

Thompson emphasized that no decision had been made yet, particularly in light of Trump’s litigation to fight the panel’s subpoena.

“People have the right to go to court,” he said.

The committee also appears content to rely on former Vice President Mike Pence’s book “So Help Me God” to tell the story of his interactions with Trump, rather than to demand his testimony.

Thompson noted that Pence’s descriptions of his exchanges with Trump — particularly as Trump browbeat and harangued him to subvert the election — matched precisely with what Pence’s aides told the committee 10 months ago and “validate” the panel’s investigative work.