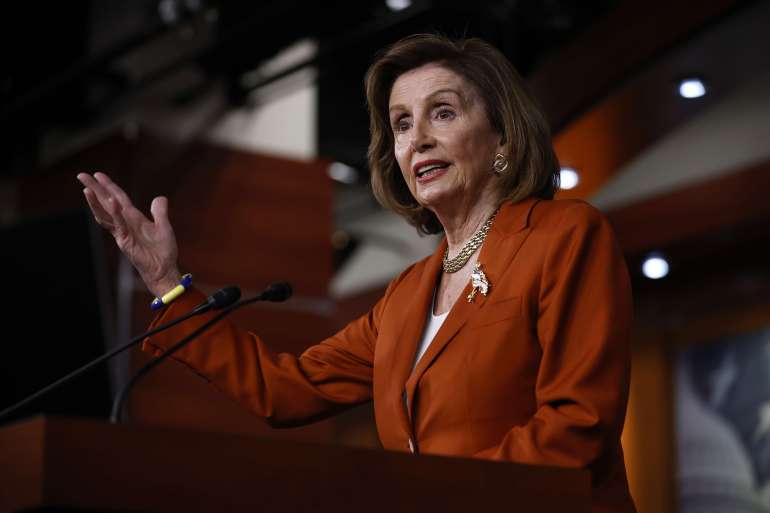 Adding to the already massive to-do list, President Joe Biden asked Congress on Monday to intervene in the potential rail strike, while Pelosi said the House will take a crucial vote this week to ward off the stoppage.

Negotiations on a government funding package, needed to avert a shutdown on Dec. 16, have moved grindingly slow. There’s still no agreement among top lawmakers about even the overall funding levels, which would allow them to drill down into more specifics on the $1.5 trillion-plus spending package. Without a deal, Congress could pass a short-term funding patch, buying more time for talks, or a longer-term stopgap spending bill that hamstrings federal agencies with stagnant budgets for the better part of 2023.

Schumer said “you’ll see afterwards” what he hopes to get out of meeting. McConnell said as he left Tuesday morning that he was hoping to “have a good discussion about how to end the year.” He declined to divulge whether he’ll push for a short-term spending bill or a larger deal: “I’ll let you know.”

The Biden administration has already asked for nearly $38 billion in additional Ukraine aid and $10 billion in emergency health funding, of which $9 billion would go to address current and long-term Covid-19 needs. The White House plans to ask for additional disaster relief to address hurricanes and wildfires this year, as well.

The package with adjusted spending levels, if it ever comes together, would likely be loaded up with a swath of policy provisions, since it’s one of the last major pieces of legislation likely to move before the start of the next Congress in January. Another must-pass item on the congressional agenda includes a massive annual defense policy package, which is also expected to be laden with so-called policy riders.

Additionally, congressional leaders have wrestled with whether to raise the debt ceiling over the next two months in the hopes of avoiding a high-stakes standoff with Republicans in 2023. Such action, which could suck up a lot of energy and floor time in the backlogged Senate, seems increasingly unlikely, however. The Treasury Department isn’t expected to hit its borrowing limit until sometime next year.

Senate Democrats and Republicans are hoping to also finish a bill to amend the Electoral Count Act, an age-old law governing election certification, before House Republicans take the majority. Those lawmakers hope to prevent another Jan. 6-type insurrection by both increasing the threshold of members needed to object to presidential election results and clarifying the vice president’s power is ceremonial.

That legislation could be attached to the spending bill or be a standalone item, though that would take up more valuable Senate floor time.

And that’s not even counting some long-shot items on Democrats’ list of priorities, including immigration reform legislation and a host of tax provisions, like an extension of the enhanced Child Tax Credit.