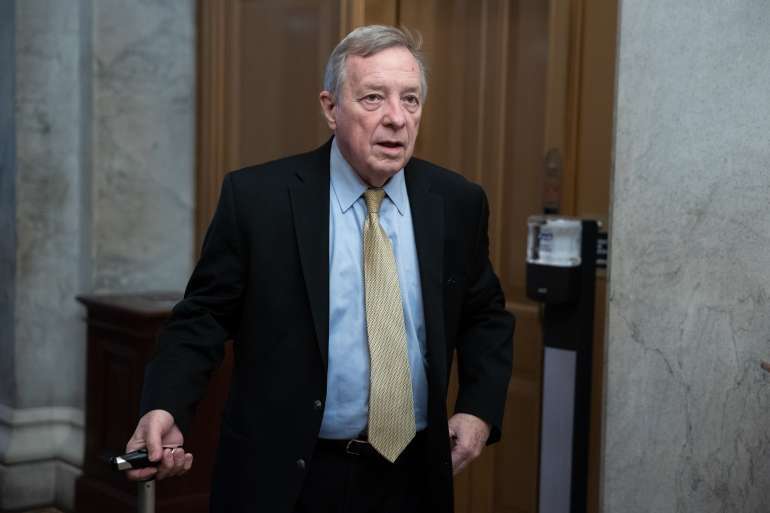 “He did this two years ago to me. Now he’s put Amy and Debbie in the boat with me,” Durbin said of Whitehouse, who could be in line for the Budget Committee chairmanship. “He does very well for himself. And yet he continues this campaign.”

It’ll all come to a head on Tuesday when Democrats are set to debate the issue, among others, ahead of a vote on Thursday. Democrats said the caucus is split enough that it’s unclear whether Whitehouse’s proposed reform would get a majority in the secret-ballot vote.

“Members have strong views. I think it’s a divided view. I don’t think it’s clear,” said Sen. Ben Cardin (D-Md.), who has been in charge of organizing the caucus debate over rules changes and acknowledged a “possibility” that Whitehouse prevails.

After Whitehouse floated a plan in late 2020 that would have prevented Durbin from holding both the Judiciary Committee gavel and the whip job in the last Congress, Sen. Chris Murphy (D-Conn.) defused the situation with a proposal to redistribute lower-ranking subcommittee gavels. On Monday, Whitehouse declined to comment when asked about his amendment and the opposition to it, telling POLITICO: “Caucus stuff stays in caucus.”

The Rhode Islander’s moves do not come in isolation. Junior Senate Democrats have chafed for years at what they see as a consolidation of power at the top — and one that stands in sharp contrast to the GOP.

Senate Republicans enforce term limits for committee leaders and elected leadership, except for the job of GOP leader. And Senate Minority Whip John Thune (R-S.D.) gave up his top spot on the Commerce Committee when he assumed the job of No. 2 in the GOP conference.

“The Republicans are much more democratic in the way that they elevate junior members to positions of power than we are,” Murphy said. “I don’t know that we want to become the Republican caucus, but I think it would make sense for us to give a little bit more thought to how we more evenly distribute power.”

If Democrats approve Whitehouse’s proposal, it would lead to a dramatic shakeup of either the leadership or the committee structure in 2025. Sen. Jon Tester (D-Mont.), who chairs the Veterans Affairs Committee, said he needs to talk to Whitehouse “before I put myself in the yes column.”

“Here’s the challenge: it would affect someone like Debbie. What does Debbie do? Step down from [leadership]? I think we need to have the conversation,” Tester said. “The bigger issue here that Sheldon is trying to get at is shared power.”

Democrats will consider other changes to their caucus rules this week, including whether to seek to more strictly enforce limits on debate time as well as streamline the Senate’s roll-call votes, which are sometimes held open for hours to await senators who arrive late. They will also consider proposals that would allocate more funding to subcommittees and allow those panels to hold more hearings.

But the main event is the Whitehouse plan. And some Democrats defended him even while maintaining they’re undecided.

“Last year Sheldon made a similar proposal, but I also know that he’s proposing that this is not going into effect immediately,” said Whitehouse’s fellow Rhode Islander Sen. Jack Reed.