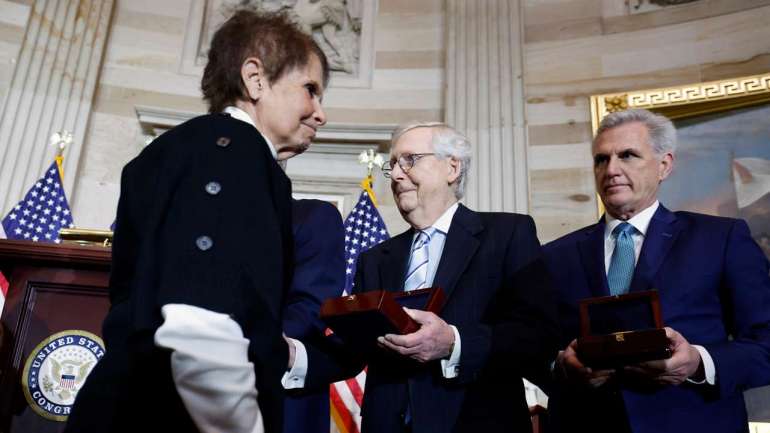 Among those who walked past the congressional leaders were the family of Sicknick, a U.S. Capitol Police officer who died in the days following the attack and later lay in honor in the Capitol.

In ceremony remarks after the snub, McConnell and McCarthy both thanked the officers for their heroics during that day.

“To all the law enforcement officers who keep this country safe: thank you,” McCarthy said. “Too many people take that for granted, but days like today force us to realize how much we owe the thin blue line.”

Police officers have criticized McCarthy’s response following the attack, including former D.C. officer Michael Fanone, who suffered a traumatic brain injury and a heart attack in the riot and secretly recorded a meeting with the House Republican leader. Some House Republicans have downplayed the seriousness of the attack, and McCarthy has personally minimized former President Donald Trump’s role in stoking the mob.

McConnell has called the Jan. 6 attack a “violent insurrection,” but also joined McCarthy and other Republicans in voting against the establishment of a bipartisan commission to investigate the riot. The GOP Senate leader also voted against convicting Trump in his second impeachment trial over the former president’s role in Jan. 6.