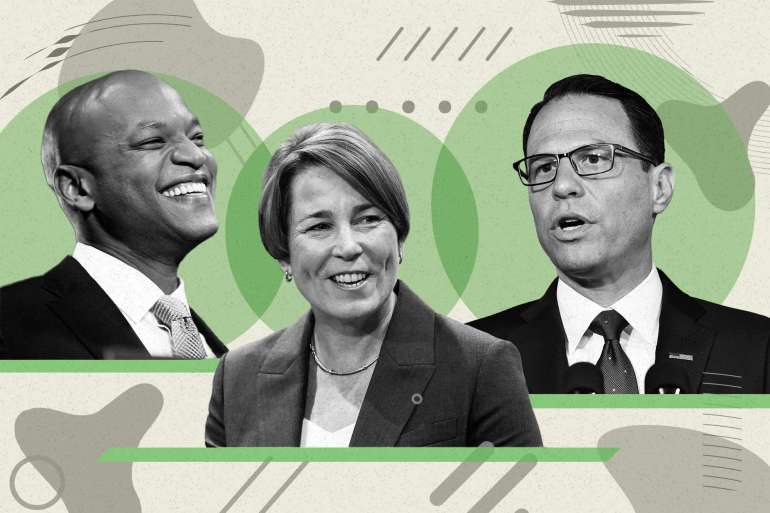 Of the 18 Democrats elected or reelected to governorships this year, eleven are under the age of 60. Many are closer to 50. Michigan’s Gretchen Whitmer, 51, won reelection, and Pennsylvania’s Josh Shapiro, 49, and Arizona’s Katie Hobbs, 52, both won open seats. And all three of the party’s flips — Hobbs, alongside Maryland’s Wes Moore, 44, and Massachusetts’ Maura Healey, 51 — fall into this category as well.

The wave of new faces is also diverse and includes the country’s first lesbian governors — Kotek and Healey — and the third elected Black governor in American history in Moore.

They say they’re willing to wait their turn. For now.

At a press conference Friday at the Ritz-Carlton hotel in the French Quarter, a question about which Democrat is most likely to be the next Democratic presidential nominee sparked chuckles from the assembled governors, with Shapiro jokingly shoving Roy Cooper — North Carolina’s governor and the outgoing DGA chair — up to the podium to field the question.

“Joe Biden,” Cooper quickly shot back. After being assured the question was about after Biden’s tenure in the White House, the North Carolinian offered, “I think there’s a great future for everybody up here.”

The half-dozen chief executives who spoke to POLITICO at the conference were all quick to say that Biden was doing a great job, and if he ran for a second term he would have their support.

But the fact that the future of the party — if not the next Democratic presidential nominee — was in that hotel was also hard to miss.

“We are increasingly diverse, increasingly representative of the great diversity of this country,” Whitmer said in an interview. “It is a very deep bench now of leaders who are executives who have to solve problems and have to work with anybody … And I think that those are skills and expertise that should inform a lot of the work that Democrats do across the country.”

It isn’t just that the governors are young that is raising speculation about their futures. It was the often commanding victories against Republican candidates backed by former President Donald Trump, coupled with dynamic on-the-stump presences and compelling life stories, that has Democrats buzzing about their futures.