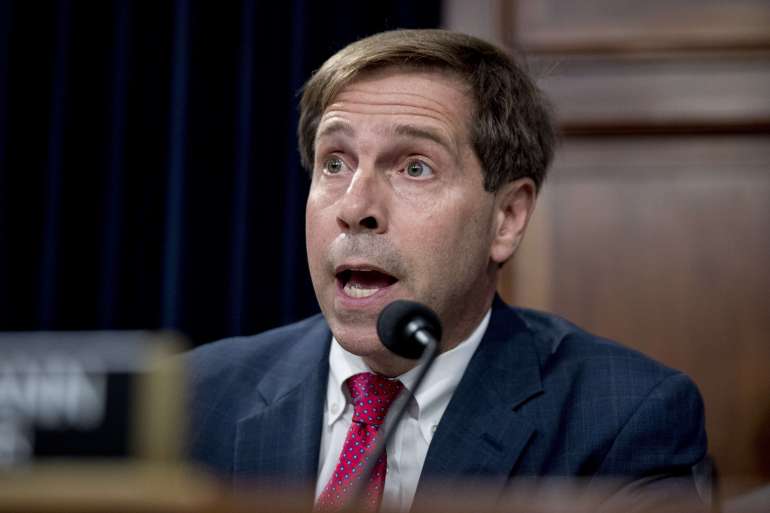 And Rep. John Carter (R-Texas), who previously led the committee, said: “I don’t know who wants it.”

“It’s a good committee — you get frustrated, but you at least get a chance to try,” Carter added. He led the border spending panel as the Trump administration made immigration into even more of a political flashpoint, forcing a shutdown over the then-president’s insistence on funding for a border wall.

That helped cement the reputation of the House’s top spot for homeland security spending as the toughest job among the multiple powerful “cardinals” who shape agency budgets on the Appropriations Committee. The job comes with a tremendous amount of pressure back home, especially for Republicans: “People expect you to be able to fix it. They forget that this is a body where you have to have 218 votes,” Carter said. “It becomes a very difficult place to be.”

One House GOP aide, speaking on condition of anonymity given the sensitivity of the open position, joked that the homeland security spot was the appropriations panel’s “redheaded stepchild.”

Clinching a top role on the House Appropriations Committee — which distributes over $1 trillion in federal spending each year — is typically one of the Capitol’s most sought-after positions. That’s particularly true under divided government, when little beyond funding bills have a strong chance to reach a president’s desk. Leading the committee’s defense or transportation efforts, for instance, could mean handing out millions of dollars to military bases or bridge projects back home, often with a subcommittee chair’s name branded on them for years to come.

It’s a far different story with the homeland security spending panel, however. Its leaders are rarely able to get their bill out of committee, let alone passed on the House floor.

As the panel wrangles touchy issues that range from border patrol staffing to detention beds to enforcement agents, any success will require negotiating with the opposing party on immigration — the very idea of which has become tougher since the Trump era.

“It’s the hardest one. Neither side seems to be able to get a bill together,” said Rep. Tom Cole (R-Okla.). “It creates a lot of political problems for you at home.”

GOP leaders have some time before they, along with incoming Appropriations Chair Rep. Kay Granger (R-Texas), will need to name the dozen subcommittee leaders known as “cardinals,” a deliberate comparison to the might of the Catholic Church.

Republicans and Democrats alike are eagerly awaiting the selection of those leaders, which will partially depend on whether Kevin McCarthy’s leadership team grants waivers to allow more senior members to remain in top positions despite conference term-limit rules. Those waivers have been used in the past, though some GOP lawmakers and aides privately say it’s uncertain how widespread they will be next year.

For his part, Fleischmann has made clear to GOP leaders he wants either the Energy and Water or the Labor and Health and Human Services panel: “Those decisions will be made higher than me but I’ve made clear for months that I want one of the other two.”

If he is moved from the homeland security panel, the next Republican in line would have been Rep. Steven Palazzo (R-Miss.) — but the six-term member lost his primary this year. Some Republicans believe another appropriator, former sheriff Rep. John Rutherford (R-Fla.), might be interested in the gig.

There’s at least one more shakeup coming on the roster of appropriations cardinals: Rep. Jaime Herrera Beutler (R-Wash.) also lost her primary this year, giving up her potential role as top Republican on the panel that sets legislative branch spending.

Whoever does take over the homeland security panel will work with Rep. Henry Cuellar (D-Texas), a vocal critic of President Joe Biden’s migration policy who has long advocated for more support for border patrol and Immigration and Customs Enforcement, as well as stricter rules at the border. The pair would still likely face challenges getting agreement on such contentious issues, but some Republicans believe that if there’s any Democrat they could reach a deal with on border money, it would be the centrist Cuellar.

Still, immigration isn’t the only headache waiting for a panel that oversees everything from the Secret Service to the Coast Guard.

“From its outset, we knew it would be a difficult assignment because we were trying to merge 22 different agencies under one roof,” said Rep. Hal Rogers (R-Ky.), who was the first lawmaker to oversee the panel back in 2003. “It’s a tough assignment.”