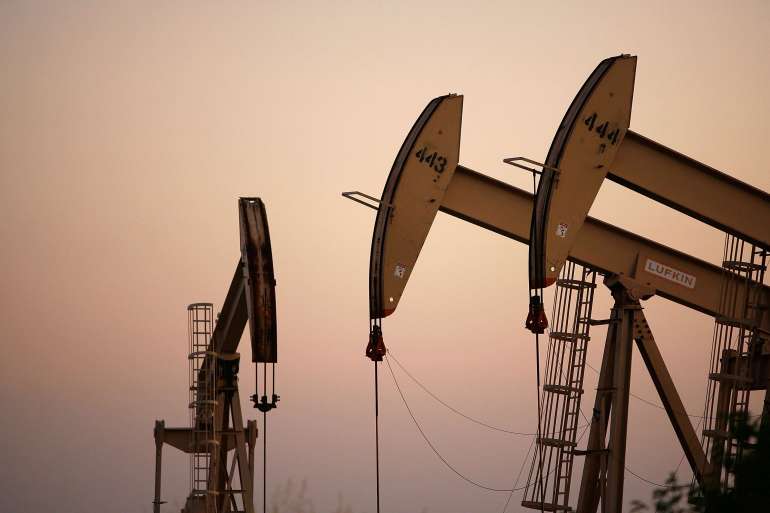 Democrats over the past two years have accused the oil industry of undermining the clean energy transition while asking it to increase production as gasoline prices hit near-record levels in the run-up to the November midterm elections.

In the memo released Friday, the committee said the internal company documents it had received via subpoena “demonstrate how the fossil fuel industry ‘greenwashed’ its public image with promises and actions that oil and gas executives knew would not meaningfully reduce emissions, even as the industry moved aggressively to lock in continued fossil fuel production for decades to come—actions that could doom global efforts to prevent catastrophic climate change.”

Maloney and Rep. Ro Khanna (D-Calif.), the head of the environment subcommittee, held multiple hearings, including one featuring the CEOs of Exxon and Chevron and the heads of European firms Shell and BP’s U.S. operations. The hearings aimed to illustrate the industry’s business practices and use of public relations firms to paint themselves as major players in the clean energy transition.

A spokesperson for Exxon blasted the committee’s release as cherry picking internal documents to cast the industry in a poor light.

“The House Oversight Committee report has sought to misrepresent ExxonMobil’s position on climate science, and its support for effective policy solutions, by recasting well intended, internal policy debates as an attempted company disinformation campaign,” company spokesperson Todd Spitler said in an email. “If specific members of the committee are so certain they’re right, why did they have to take so many things out of context to prove their point?” Spitler did not immediately point to parts he considered out of context.

Industry officials have publicly argued that renewable energy, while growing, is not yet sufficiently available to replace fossil fuels.

Exxon and Chevron have focused on technologies they say will trap greenhouse gas emissions before they reach the atmosphere and contribute to global warming. Exxon has also highlighted a new business arm aimed at capturing carbon emissions, saying on Thursday it would invest $17 billion for lower-emission initiatives through 2027, an increase of 15 percent over its previous budget.

Many environmentalists are skeptical about technologies such as carbon capture, which have not worked at scale in the oil, gas and power sector. They fear the promise of such technologies could encourage more fossil fuel production that will continue to warm the planet even as scientists say a drastic decrease in the use of these fuels is necessary to thwart the worst impacts of climate change.

“Big Oil is fundamentally unserious about addressing the climate crisis,” Jordan Schreiber, energy and environment director at watchdog group Accountable.US, said in a statement. “For years the industry has spent millions on flashy marketing campaigns signaling support for a low-carbon future while they spew dangerous climate-warming pollution into our communities and lobby Congress to continue the country’s status quo reliance on dirty fuels.”

The documents showed industry lobbying group American Petroleum Institute grappling with where to land on climate policy as it ramped up engagement with the Biden administration in March 2021.

Internal documents from API executive committee and board of director meetings showed member companies weighing whether to endorse a price on carbon emissions as well as potential support for more federal spending on carbon capture and hydrogen, efforts to prevent methane emissions from oil and gas operations and policies on alternative fuels for vehicles.

Yet it also showed API working directly against policies that would stymie fossil fuel use. The documents include a Sept. 24, 2020 message from Ron Chittim, then API’s vice president of downstream policy, saying the company sent an email “to all Capitol Hill Republican offices in response” to California Gov. Gavin Newsom’s plan to ban all new internal combustion engine vehicle sales in the state by 2035 — a move that caused significant ripples across the U.S. vehicle sector given the Golden State’s sheer size.

API did not immediately reply to a request for comment on the report.

The committee memo called out the companies’ billions of dollars worth of investments in oil and natural gas projects, spending that is many multiples of their clean energy development costs. In one example, it pointed to the difference in how much Chevron was spending on the industry-led Oil and Gas Climate Initiative to how much it spent on new drilling projects in the West Texas oil fields in the Permian Basin. Chevron spent at least $100 million on the initiative through 2022, which “amounts to only 2% of the $5 billion Chevron has planned to invest in the Permian each year,” the memo states.

The committee was more positive on European companies Shell and BP, which it said were actively moving their businesses to focus more on solar, wind and other renewable energy although it criticized those companies for not moving faster.

But a Shell spokesperson still lambasted the release despite that relatively positive assessment.

“The Committee’s fourteen month investigation, which included several hours of executive testimony and nearly a half-million pages of documents, failed on all fronts to uncover evidence of a climate disinformation campaign,” company spokesman Curtis Smith said via email.

Democrats have held hearings and floated legislation over the last two years hitting oil majors for huge profits they earned as energy prices soared due to supply disruptions triggered by Russia’s invasion of Ukraine. But the GOP has defended oil, gas and coal in the wake of the invasion, which has contributed to higher energy prices and raised national security concerns, arguing that green transition plans were too hasty.

House Oversight Committee ranking member James Comer (R-Ky.) is expected to take the gavel of the oversight committee and has outlined Biden administration energy policies his panel would scrutinize, including the president’s decision to block the Keystone XL pipeline, the causes of high gas prices and U.S. reliance on countries like Russia and China for the minerals needed to produce clean energy technologies.

“Democrats weaponized the resources of the Oversight Committee to wage a war against America’s oil and gas industry, appease radical environmentalists, and enable the Biden Administration’s radical climate agenda that’s harming the pocketbooks of Americans,” Comer said in a statement. “Instead of political stunts, Republicans will return the Oversight Committee to its primary mission of conducting oversight over the Biden Administration and its disastrous energy policies that have ignited an energy crisis.”