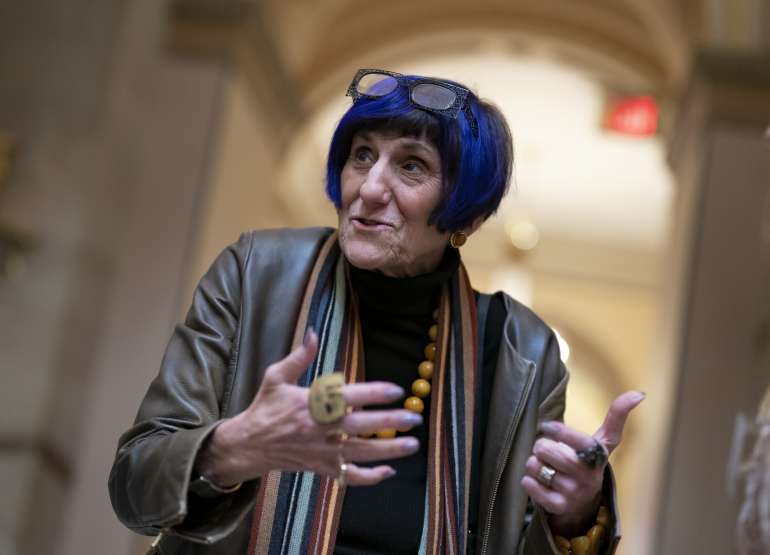 “I don’t know that she’s been holding up anything,” Shelby said of DeLauro. “We’ve been discussing a way to get to yes.”

Nonetheless, their time is running short: Leaders have just four days before current funding expires and are a matter of weeks from the arrival of a House GOP majority, piling pressure on Democrats to reach a spending deal before the new year. But the calendar crunch won’t necessarily help DeLauro and her fellow House Democrats lock up the votes in their own caucus to pass a package of this size, given that many of their members are already uneasy about budget hikes for the Pentagon, as well as boosts to federal police funding.

Top appropriators have been racing to lock in an agreement on that framework, which would allow lawmakers to flesh out the details and policy riders of a massive year-end spending package.

“I think we’re closer,” DeLauro said on Monday night, adding that she’s “optimistic we can get to yes.”

Senate Appropriations Committee Chair Patrick Leahy (D-Vt.) said that “we were negotiating up to two minutes ago and I’ve got another meeting in five minutes.”

“Rosa DeLauro,” he added, “is working very hard for the House.”

For weeks now, Democrats and Republicans have been about $26 billion apart when it comes to the total amount of money the government should spend on domestic programs. While Senate spending leaders had found a path to resolve that gap, they’ve so far been unable to win DeLauro’s buy-in, according to people involved with the talks.

At the same time, the House and Senate must also pass a stopgap spending patch this week to avert a shutdown on Friday at midnight, buying more time for negotiations on the spending package that would keep federal agencies open through the fiscal year’s end on Sept. 30.

The House is expected to move first on the short-term funding bill, according to aides. That measure, which could be introduced as soon as Wednesday, may come with its own risks in the upper chamber, as any one senator can hold up a bill to request amendment votes or other concessions.

In his opening remarks Monday, Senate Majority Leader Chuck Schumer cited progress in talks over the weekend and said senators should prepare to pass a weeklong stopgap in the coming days “so we can give appropriators more time to finish a full funding bill before the holidays.”

House Majority Leader Steny Hoyer said Monday night that a lot of the text for the sprawling spending package has been written, but timing is tight.

Because of the stalled talks, party leaders have privately acknowledged that they may need a second funding patch — potentially one to get through Christmas — before finishing the broader package.

Meanwhile, Senate Minority Leader Mitch McConnell suggested Monday that a short-term funding bill lasting into early next year is still on the table if negotiators can’t reach a deal. That idea, however, is vehemently opposed by Democrats.

Marianne LeVine and Nicholas Wu contributed to this report.