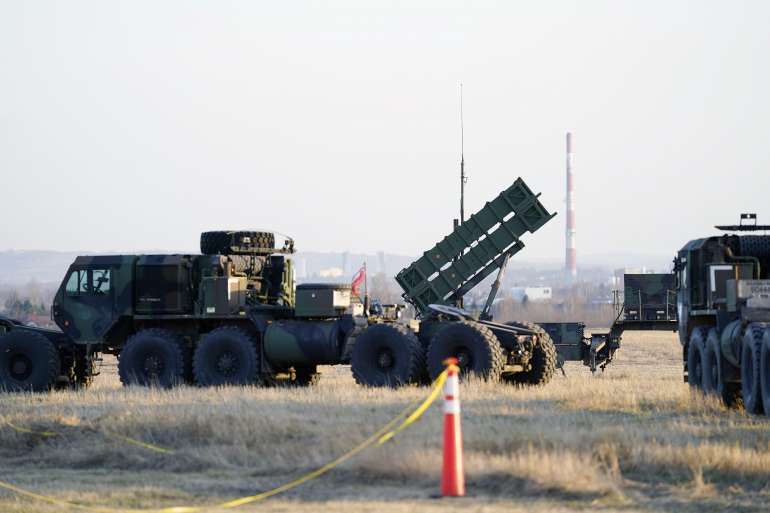 Defense Secretary Lloyd Austin has not given his final seal of approval to the decision, according to the official, who requested anonymity to discuss an issue that hasn’t been announced. President Joe Biden must also approve the plan.

Also on Tuesday, Austin and Joint Chiefs Chair Gen. Mark Milley held a call with their Ukrainian counterparts Oleskii Reznikov and Gen. Valeriy Zaluzhnyy, along with Andriy Yermak, according to one person familiar with the talks. Austin is expected to brief members of Congress on the latest in the Ukraine fight on Thursday, according to three congressional aides.

The news that a Patriot announcement could be imminent was first reported by CNN. POLITICO reported in September that officials were considering sending the system to Ukraine.

It was not immediately clear whether the United States would move Patriot systems that are already deployed in Europe or the Middle East to Ukraine, or contract with manufacturer Raytheon Technologies to build new systems. If the latter, the systems could take years to arrive on the battlefield.

The U.S. Army sent two Patriot batteries to Poland in March, and another to Slovakia in July from it’s pre-positioned equipment already on the continent.

The addition of the Patriot system would be a significant boost to Ukraine’s air defense capabilities. It’s a defensive weapon that would cause Russian pilots to “think twice” before attacking Ukrainian forces, Tom Karako, a senior fellow with the Center for Strategic and International Studies, previously told POLITICO.

As a defensive system, the Patriot is seen as less escalatory than long-range rockets, such as the Army Tactical Missile System, an offensive weapon that can fly up to 190 miles. Kyiv has also been clamoring for longer-range rockets such as ATACMS that can reach inside Russia, but the White House has said that is not being considered.

In addition to the United States, 17 countries operate Patriots or have them on order, including Romania and Poland. The Polish government this week accepted Germany’s offer to send one of their Patriot systems to eastern Poland after an errant Ukrainian missile targeting incoming Russian fire accidentally fell inside Poland, killing two civilians.

Erin Banco contributed to this report.