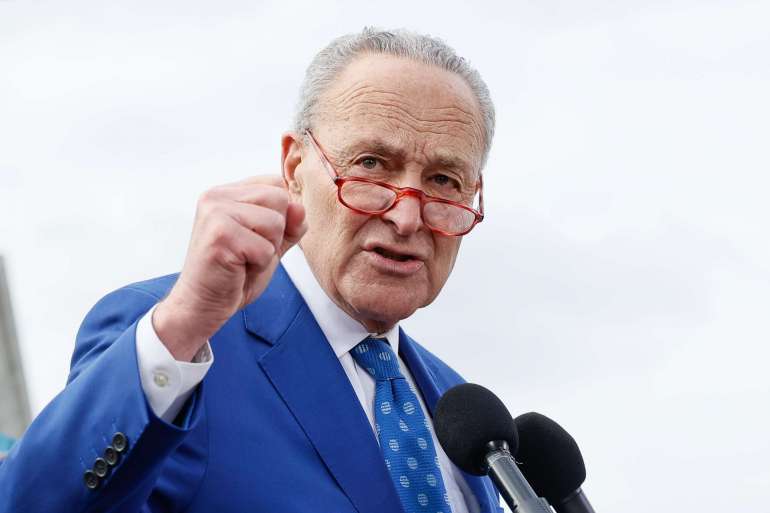 Senate Appropriations Ranking Member Richard Shelby (R-Ala.) declined to get into details about the broader spending deal Wednesday, only saying negotiators now needed to “do some allocation.”

House Appropriations Chair Rosa DeLauro (D-Conn.) was confident Wednesday morning that House Democrats can pass the massive spending package once it comes together, noting that earmarks will help build support for the legislation. DeLauro must ensure the bill can get through the lower chamber, with only two Democratic votes to spare if every Republican opposes it.

Meanwhile, House Republicans are whipping against the one-week stopgap, and House Minority Leader Kevin McCarthy is signaling opposition to a broader spending deal, too. The House GOP’s top appropriator, Rep. Kay Granger (R-Texas), has not been involved in negotiations.

“There’s been tremendous input from our caucus in how these bills were constructed and what’s in them,” DeLauro said in a brief interview. “We’re going to help meet their expectations. Community projects are in there as well. I expect that I will have support.”

Schumer said Wednesday morning that the framework is a “big step in the right direction” though “we still have a long way to go.” In a floor speech, he characterized the yet-to-be-revealed outline as “a balanced approach because it will contain wins for both sides.”

Schumer has also said the final year-end spending package will include a revamp of the Electoral Count Act, an outdated law former President Donald Trump tried to manipulate to overturn the results of the 2020 election, in addition to tens of billions of dollars in emergency money for Ukraine.

While appropriators announced their deal Tuesday night, they didn’t release details on the bipartisan funding framework, keeping the specifics under wraps to avoid fueling opposition against the mammoth spending bill that has yet to officially come together. But negotiators have largely settled on about $858 billion for a defense budget, representing a 10 percent increase over current funding levels.

The biggest hangup between both parties has been reaching an agreement on funding levels for domestic programs. DeLauro and retiring Senate Appropriations Chair Patrick Leahy (D-Vt.) have fought for social spending increases designed to keep pace with inflation, arguing that nondefense funding can’t come at the expense of a bigger military budget.

But Republicans have insisted that a lot of Democrats’ domestic spending priorities have been satisfied by party-line bills over the last two years. As such, the majority party may have to settle for less social spending than they originally wanted.

“I’m glad that our Democratic colleagues finally accepted reality and conceded to the Republican position that we need to prioritize our national security,” Senate GOP Leader Mitch McConnell said on the floor Wednesday morning.

“Funding defense is a basic bipartisan duty of our government, not something that earns Democrats special treats,” he said.

McConnell, who has said he’ll support the final year-end spending package, has also said appropriators must finish their work in the next week or Republicans will back a stopgap into early next year.

GOP senators will not return to finish up work on the comprehensive spending deal after the holidays, McConnell said Tuesday.