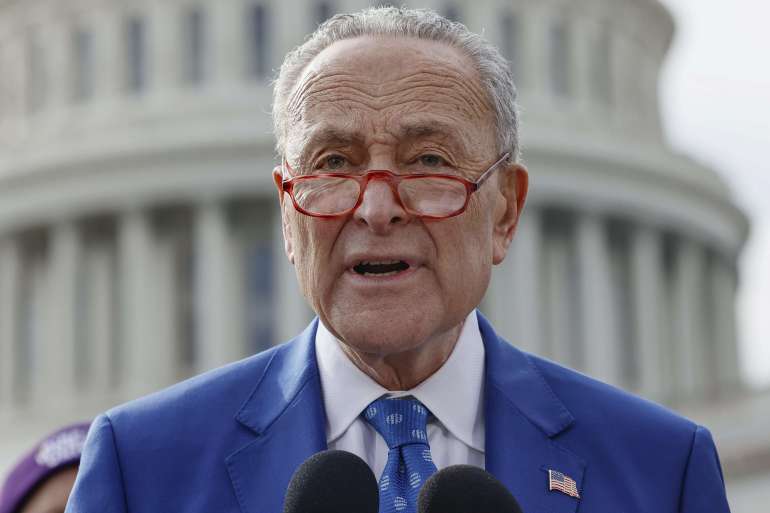 “At this point, I think we’ve got some issues with it, so we’ll see,” Thune said. “It’s just some requests for amendment votes, and then people are willing to let it go, but they want to get some amendment votes. So we’ll see how the day wears on.”

“We should have no drama, no gridlock and no delay on passing the weeklong” funding patch, he said. “Those who demand something happen and risk shutting down the government almost always lose.”

Conservatives have instead pushed to extend a short-term funding fix into early next year when they have a majority in the House, giving Republicans more leverage in spending talks. And they’ve complained about the secrecy of top appropriators, who struck a bipartisan government funding framework earlier this week without revealing any details.

That framework allows appropriators to spend the next few days finalizing legislative text. While much of the bill is written, it’s still a massive lift for a Congress plagued by delays. Lawmakers will also be trying to cram in any number of unrelated policy provisions before the start of the next Congress, such as reducing the sentencing disparity between crack and powder cocaine. The bill is already expected to include legislation to update the 1887 Electoral Count Act, which former President Donald Trump sought to exploit to remain in the White House after the 2020 election, as well as Ukraine aid.