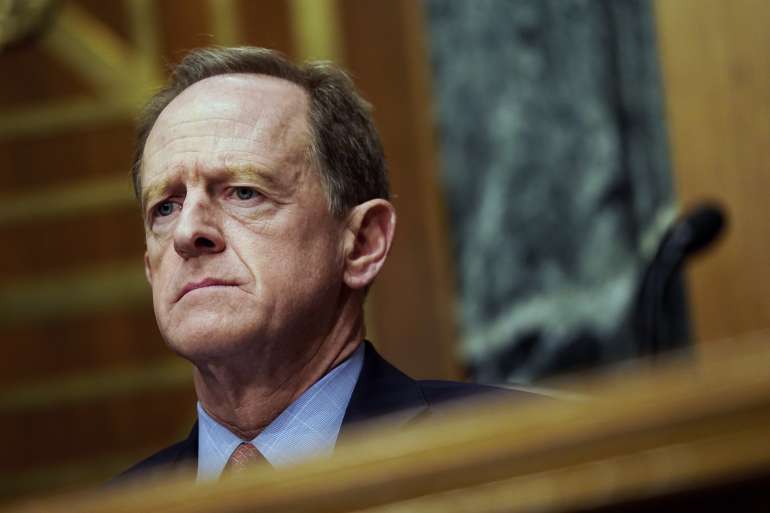 Fetterman was one of seven new senators elected in November but the only one from a different political party. The others are Katie Britt (R-Ala), Ted Budd (R-N.C.), Markwayne Mullin (R-Okla.), Eric Schmitt (R-Mo.), J.D. Vance (R-Ohio) and Peter Welch (D-Vt.).

In urging Fetterman to listen to the concerns of his constituents, Toomey noted that being from Pennsylvania, he saw more visitors from his state than most senators.

“One of the things that’s great about Pennsylvania, the proximity to Washington meant that, for 12 years, I got a lot of visits, aside from the Covid period,” Toomey said. “People could come down and make their case.”

Toomey was first elected in the tea party wave of 2010, but found himself branded by foes on the right as a RINO (Republican in name only) during his later years because he sometimes expressed opposition to former President Donald Trump.

“There is a tendency — and this happens on both sides of the aisle — there’s a tendency to rally around the guy who’s being attacked by the other side,” Toomey told Tapper. “Nobody was ever attacked more than Donald Trump was, sometimes legitimately, sometimes not. And he fought back aggressively.

“And so when Republicans had criticisms of him — I certainly think mine were valid — that doesn’t always sit well with folks who see him as carrying the fight to the other side,” he said.

He said he expects that, over time as Trump’s influence fades, those in the GOP who defied Trump won’t be treated as outcasts.

“I’m not too worried about that,” Toomey said.