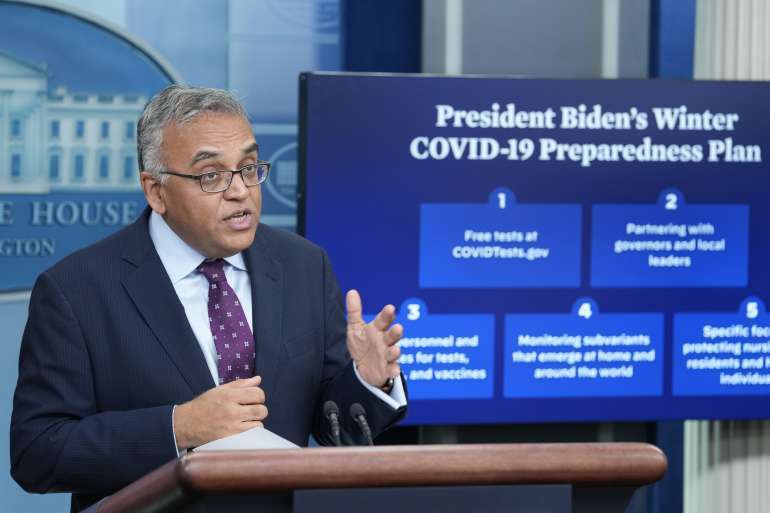 Those measures include testing, treatment and taking the updated booster; people who haven’t gotten a Covid-19 shot in the last six months should get the newest booster, Jha said.

The doctor didn’t list masking as part of the current strategy against the virus, though host Martha Raddatz mentioned it as a mitigation measure.

Jha reiterated that during the holidays, “people are gathering, as they should.”

The White House official said he was “not totally surprised” by a recent uptick of Covid-19 cases, given the surges over the past two winters. He also acknowledged low rates of people receiving the most recent booster shot — about 14 percent of eligible Americans, as of last week.

Responding to concerns about a lack of some treatments for respiratory illnesses, Jha said demand has been “unprecedented,” but the apparent decline in cases of RSV — another virus, which peaked recently — could help the situation.

The White House last week restarted its program that allows people in the U.S. to order free at-home Covid-19 testing kits, following a rise in cases in recent weeks. Covid-19 deaths also rose during the first week of December, the first weekly increase since August.

Congress has declined to provide as much funding to mitigate Covid as the White House has requested, prompting complaints in recent months from the Biden administration that they’ve been forced to make cuts to preventative programs.