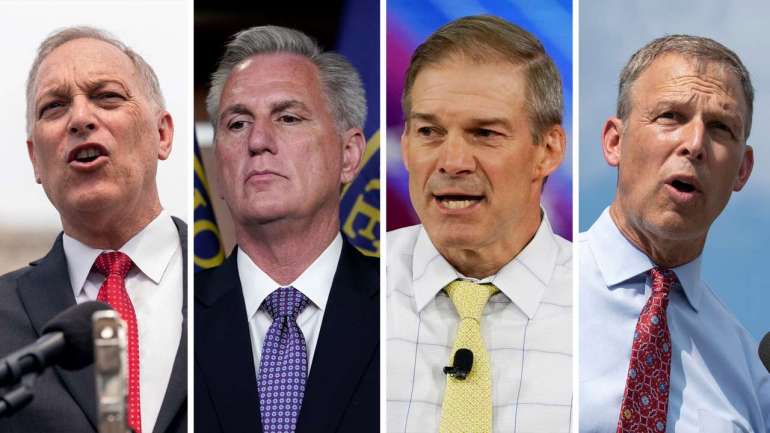 Another GOP member who ignored the summons, Rep. Mo Brooks of Alabama, is leaving Congress after this year and will be out of the ethics panel’s reach. He has issued public statements about his contact with former President Donald Trump, including about Trump’s floating of an idea to rescind the results of the 2020 election and reinstall him as president.

The select panel subpoenaed the five lawmakers in May. None of them complied with the summonses, generally citing concerns about the committee’s composition and legitimacy.

The ethics panel, which is evenly divided between Democrats and Republicans, has the power to impose fines or recommend discipline by the full House. Individual lawmakers can file complaints with the ethics panel for its consideration in the next Congress, but its investigations move slowly.

Jordan spokesperson Russell Dye denounced the referral as a “partisan and political stunt” by the select panel. Biggs, in a tweet, also denounced the referral and called it “inappropriate” to use the ethics panel “to help reach the J6 Committee’s pre-determined conclusions.” Spokespeople for McCarthy and Perry did not immediately respond to a request for comment.

Select panel members recognize the long-shot nature of the transmission but view the defiance of the subpoenas as an undermining of congressional subpoena power that could harm future investigations.

“I don’t know what the Ethics Committee will do. I don’t even know who it’s composed of at this point,” panel member Rep. Jamie Raskin (D-Md.) acknowledged.

“I certainly hope the Ethics Committee will not regard this as a partisan matter,” he added. “It raises a profound problem that we have to solve for the 117th Congress, the 118th Congress and for all future Congresses.”