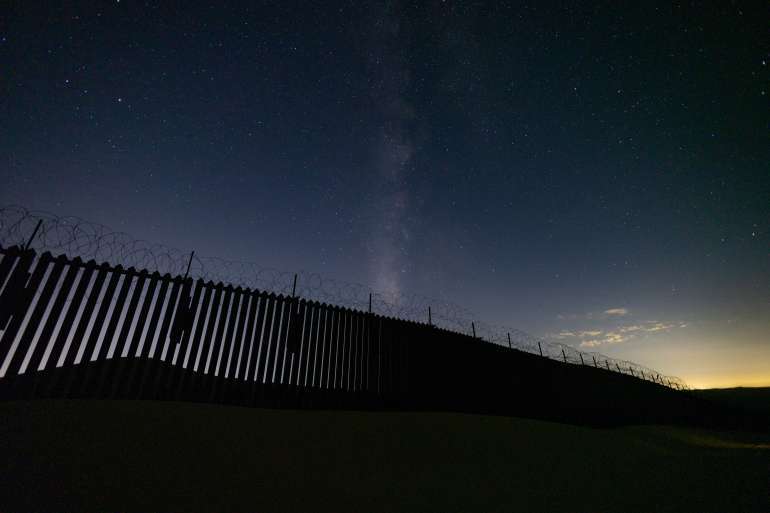 In its response, the Justice Department said it opposed the bid by the GOP-led states to keep the Title 42 limits in place while litigation over the issue proceeded. But at the same time, the federal government made a plea for additional time to prepare for a transition. The request comes as critics have been warning that the Biden administration was ill-prepared to handle an anticipated surge of migrants at the U.S.-Mexico border.

“The government recognizes that the end of the Title 42 orders will likely lead to disruption and a temporary increase in unlawful border crossings. The government in no way seeks to minimize the seriousness of that problem,” Solicitor General Elizabeth Prelogar wrote in the Tuesday afternoon submission. “But the solution to that immigration problem cannot be to extend indefinitely a public-health measure that all now acknowledge has outlived its public-health justification.”

The Supreme Court is expected to move quickly on the matter. A ruling that could have a sweeping impact at the border is likely to come within a matter of days.

Already, thousands of migrants appeared to have gathered along the southern border, knowing border officials will not be able to remove them as quickly as they could under the Title 42 restrictions first imposed by the Trump administration in March 2020 as the coronavirus began its global spread.

This week’s legal uncertainty over the fate of the border directive is yet another chapter in the Biden administration’s rocky journey in bringing to an end Trump-era immigration policies. Even as administration officials project preparedness, the situation at the southern border has become a political mess for the White House, and the request for additional time is yet another signal the administration is scrambling to implement a back-up plan to replace Title 42.

In Tuesday’s Supreme Court filing, the Justice Department conceded that the administration expected a temporary increase in border crossings, while asking that justices keep Title 42 in place at least until the end of the day on Dec. 27. And if the Supreme Court doesn’t reach a decision until Dec. 23 or later, the administration is asking for two business days to implement new policies.

Administration officials are still finalizing plans to deal with the impending surge, people familiar with the planning told POLITICO last week. DHS is weighing a revival of a “transit ban” model, ramping up new training for asylum officers to help them understand who qualifies under the international Convention Against Torture and considering an expansion of humanitarian parole programs for Haitians, Nicaraguans and Cubans.

“Although the end of the Title 42 orders likely will likely lead to a temporary increase in border crossings, the government is prepared to address that serious problem under its Title 8 authorities, including by adopting new policies to respond to the temporary disruption that will occur whenever the Title 42 orders end,” Prelogar said, alluding to the traditional immigration authorities the administration was expected to return to in handling — and limiting — asylum claims.

“If applicants are dissatisfied with the immigration system Congress has prescribed in Title 8, their remedy is to ask Congress to change the law — not to ask this Court to compel the government to continue relying on an extraordinary and now obsolete public-health measure as de facto immigration policy,” the solicitor general wrote.

The Biden administration’s stance on the issue is murky. When U.S. District Court Judge Emmet Sullivan struck down the Title 42 restrictions last month and ordered the policy to end by Dec. 21, the Justice Department appealed. The government argued that it did not need the policy in place because the Centers for Disease Control and Prevention, the agency that formally issues the directive, had already determined it wasn’t necessary with Covid cases far lower than when Title 42 was first reinstated in March 2020. But federal authorities said in their appeal they wanted to preserve the ability to use the health-related powers of Title 42 in the future, if the situation merits it.

So even though the Justice Department appealed Sullivan’s ruling, it found itself Tuesday in the position of asking the high court to leave the judge’s order in place for now — and deny the states’ attempt to prevent the order from taking effect.

Prelogar explains this seeming contradiction by arguing the GOP-led states are not entitled to emergency relief because they lack legal standing this late in the game. The litigation that led to Sullivan’s order was underway for nearly two years before the states launched their unsuccessful bid to intervene.

But the states contend the Biden administration is trying to capitalize on Sullivan’s order to advance the administration’s broader goals to end the Title 42 policy.