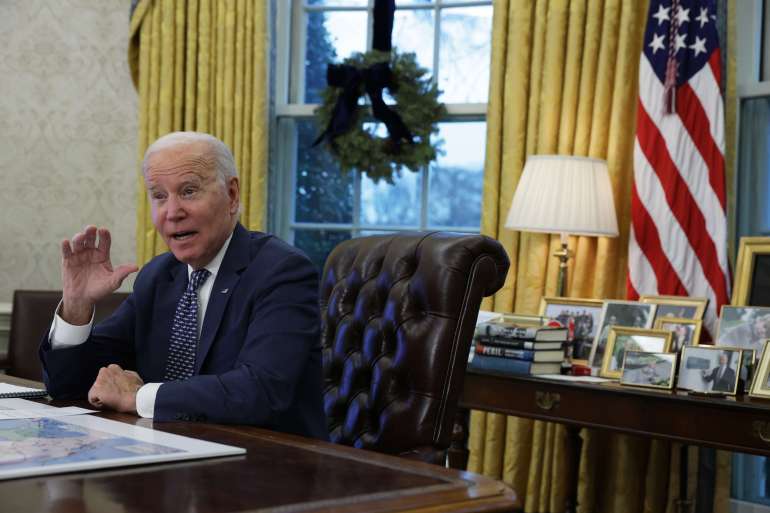 Though the commander-in-chief approved the legislation, the administration has aired grievances with Congress over a variety of provisions.

Chief among those policy differences is a provision requiring the Pentagon’s vaccine mandate, issued in August 2021 by Defense Secretary Lloyd Austin, to be repealed within 30 days of becoming law.

The repeal is a win for Republicans who pressed hard to do away with the rule that forced thousands of personnel who refused the shot out of the services, arguing it hurts a strained recruiting situation. And Democrats on Capitol Hill ultimately agreed to do away with the mandate.

Administration officials dinged Republicans, arguing the move undermines the health and readiness of the armed forces, but ultimately pointed to high vaccination rates in the military as a success story.

But the defense bill doesn’t bar the Pentagon from issuing a new vaccine requirement in the coming months, meaning Austin could implement a new policy once the old directive is repealed. That would likely spark a battle with the GOP-led House next year, when Republicans are expected to continue to press the Pentagon over reinstating troops who were kicked out and giving them back pay.

The bill also takes a red pen to Biden’s Pentagon budget, after both parties roundly rejected the blueprint as too low to counter Russia and China as well as mitigate the effects of inflation.

Ultimately, lawmakers authorized more money to purchase more aircraft and ships as well as defray the effects of inflation on the Pentagon, defense industry and personnel.

The final deal authorizes $847 billion in national defense funding, a $45 billion hike from Biden’s request. The Pentagon receives $817 billion of that and $30 billion goes to nuclear weapons programs under the Energy Department. The grand total comes to $858 billion when factoring in accounts that don’t normally fall under the armed services committees’ jurisdiction.

Congress must still enact funding legislation for the budget boost to become a reality, which is expected soon. The Senate on Thursday approved an omnibus government funding package that matches the government funding levels laid out in the defense bill. The House is set to vote on the measure on Friday, and Biden is expected to sign the spending deal in the coming days.