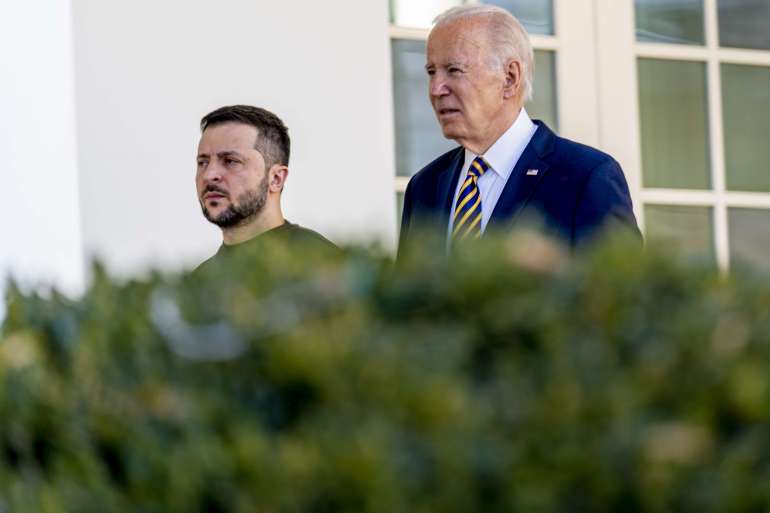 Kyiv has been asking for Patriot for months, but one thing holding up a U.S. decision was the complexity of the system and the lengthy training process required to operate it. It’s expected to take a few months to train the Ukrainians to operate the Patriot, which typically takes 90 troops, the Pentagon has said.

The department is discussing whether to conduct all or part of that training in the United States versus a third party country, such as a U.S. base in Europe, the officials said, speaking on condition of anonymity to discuss sensitive conversations.

It would make sense to do the training in the United States, most likely at Fort Sill, Oklahoma, where most of the instructors and complex simulators are located, one of the officials said. Conducting the training in Europe would be doable but presents more logistical difficulties, the official said.

A DoD spokesperson declined to comment for this story.

The system, which includes several support vehicles carrying control stations, radars and generators, likely won’t make it to the battlefield for many months. The military won’t transfer it to Ukraine until the Ukrainians are fully trained on how to use it, a third DoD official said Wednesday.

It’s likely the military will move a Patriot out of storage in the United States to Ukraine, instead of pulling a battery from a deployed location such as the Middle East or Europe, the official said. The latter would likely be controversial, as the batteries are in high demand across the world — particularly in Saudi Arabia and other Middle Eastern countries where they are defending against Iranian drones and cruise missiles.

Additional advanced weaponry was at the center of discussions between Ukrainian President Volodymyr Zelenskyy and U.S. officials during his visit to Washington Wednesday. The Patriot is part of a massive $1.85 billion security package the Biden administration announced after he landed on Wednesday. The package also includes additional ammunition, mortars, and guidance kits for aerial munitions.

During a joint news conference with Biden at the White House, Zelenskyy thanked Biden for giving him a Patriot defense missile system, then promptly said he’s going to want more.

Biden responded: “We’re working on it.”

Although additional Patriots may not be out of the question, the administration has shied away from giving Ukraine longer-range weaponry for fear of provoking Russia into escalating the conflict. But Kyiv argues that it needs those weapons to maintain momentum and hit Russian targets on the battlefield.

Biden on Wednesday rejected the idea that sending Patriot could escalate the situation on the battlefield, arguing that it is a defensive system that will be used to shoot down Russian missiles bombarding Ukrainian infrastructure and leaving millions without power.