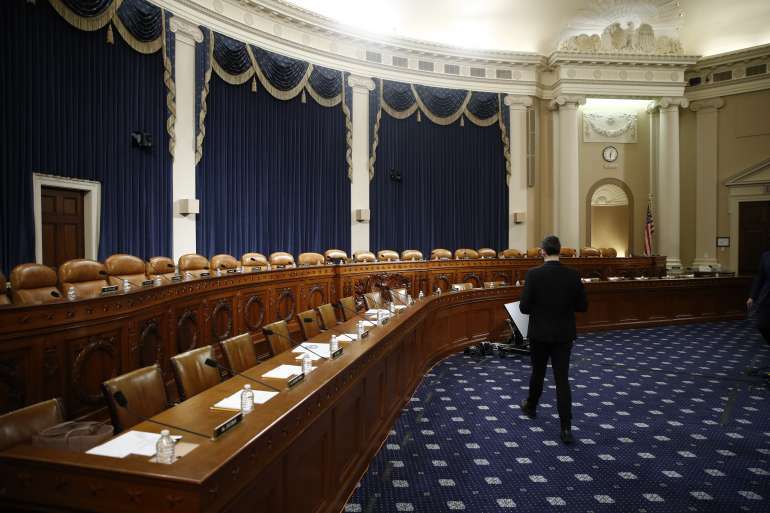 “Committees need to be aware that should a House Rules package not be adopted by end of business on January 13 no committee will be able to process payroll since the committee’s authority for the new Congress is not yet confirmed,” according to the memo sent out to House committees.

Also, according to the guidance, if by the end of Jan. 13 the House hasn’t adopted a rules package that outlines how the chamber will run next year, committees won’t be able to process student loan repayments. That means House employees enrolled in the 10-year student loan forgiveness program may face breaks in service, which can affect both retirement and whether they qualify for loan forgiveness.

The memo comes days before the Jan. 3 vote, with McCarthy still working to lock down the 218 votes he will need to claim the House gavel. The California Republican faces an open rebellion among conservatives, with five GOP lawmakers saying they will vote against him and several more staying on the fence
as they try to win concessions from
leadership. McCarthy can only afford to lose four votes among his party.

The impact on committee staff is just one of many domino effects from the conference’s speaker struggle,
despite Republican hopes that the party
could immediately move forward on multiple investigations as it takes the House majority.

Some committees already have GOP chairs waiting in the wings, such as Rep. James Comer (R-Ky.) getting tapped to lead the House Oversight Committee. But McCarthy punted decisions on a handful of contested races, including who will lead the party’s top tax-writing panel and another that would oversee agencies handling the border, until after the speaker’s race is finished next month.

For those panels, the most senior Republican member serving on the committee acts as a de facto interim chair. Those senior lawmakers will need to designate which current committee staff — from both the majority and minority parties — will stay on after the new Congress starts on Jan. 3 until House Republicans select a new chair, according to the new guidance. Staff who are staying into the new Congress “are expected to continue to carry out their official duties in the interim period between January 3 and when the committee chair is appointed.”

The House can’t adopt a new rules package or formally green-light committee authority until after a speaker is selected, sparking worries about a legislative and administrative pile up. McCarthy, or whoever is speaker next year, also appoints members to the House Intelligence Committee. Plus, the speaker would tap Republicans to lead the House Rules Committee, which helps govern the floor, and the House Administration Committee, which has oversight of Capitol security.

Questions about the impact a lengthy speaker’s fight could have on committees and committee staff have swirled among House GOP ranks for weeks.

Rep. David Joyce (R-Ohio) said that he brought the issue up in a closed-door GOP meeting earlier this month. Meanwhile, Rep. Brian Fitzpatrick (R-Pa.) previously told POLITICO that as Republicans prepare for the Jan. 3 vote, “the one open question right now is staff funding.”