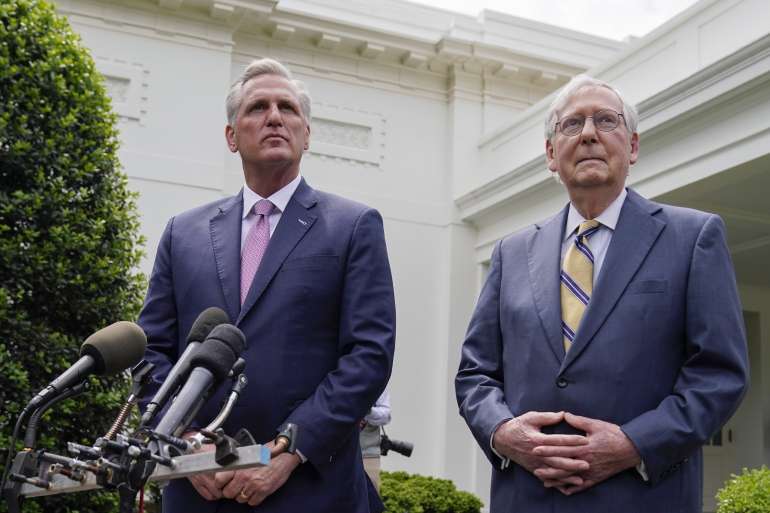 “I’m pulling for Kevin. I hope he makes it,” McConnell said at the time.

Other Senate Republicans slammed the protracted floor fight over the speakership as ultimately harmful for their party.

“I think they’ll eventually elect a speaker but this is not a good start,” Sen. Lindsey Graham (R-S.C.) said. “Bottom line is, what’s the end game here? 85 percent of the body wants Kevin, OK, and I voted against Mitch as a protest vote more than anything else. But I accept he’s the leader and I want to work with him. So this idea that 85 percent are going to be told what to do by five percent is not a good formula. And I think Kevin’s already given away too much.”

More counsel for McCarthy came from Sen. Joe Manchin (D-W.Va.), a crucial vote for Democrats over the last two years in an evenly split Senate, who urged McCarthy not to cave to all the demands of the conservatives.

“It just looks like a hostage standoff over there,” he said in an interview Tuesday. “I just hope he doesn’t surrender to the hostage takers. Don’t pay a ransom.”

McConnell became the longest-serving Senate party leader in history on Tuesday as McCarthy struggles to lock down sufficient support to become speaker of the House.

The two Republican leaders meet regularly to talk strategy, but have frequently found themselves voting differently during the first two years of President Joe Biden’s administration.

McConnell is due to appear alongside Biden at an event Wednesday in Kentucky, as McCarthy faces the prospect of a protracted speakership bid in the House.