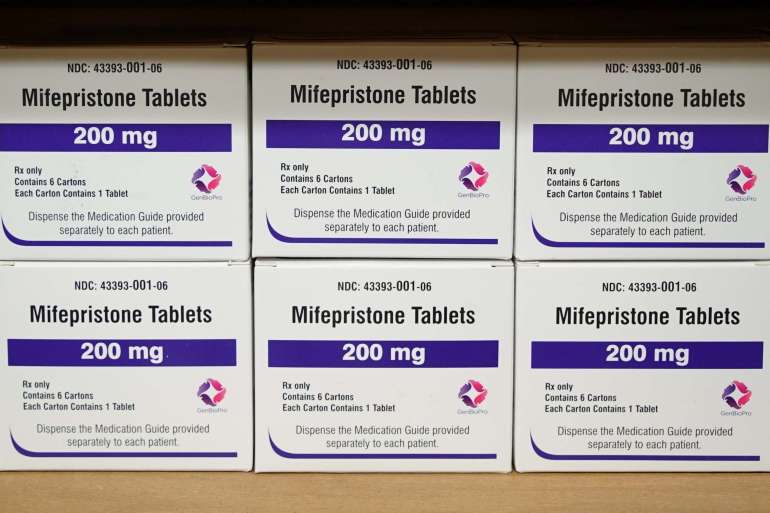 Students for Life also asked for the drug’s use to be restricted to just the first seven weeks of pregnancy rather than the current 10, for patients to have to make three in-person trips to the doctor to obtain it, and for it to be given only to patients who can prove they have “convenient access to emergency medical care.”

“Your petition does not provide any new data or evidence,” wrote Patrizia Cavazzoni, the director of the agency’s Center for Drug Evaluation and Research, in her brief denial of the requests.

Students for Life’s policy director, Kristi Hamrick, called the denial “reckless and negligent” and predicted that her group and others would take legal action against the agency.

The FDA also rejected a petition from the American College of Obstetricians and Gynecologists (ACOG) to make the pills easier to obtain for patients using them to treat a miscarriage rather than an elective abortion.

Citing technical legal reasons, Cavazzoni argued that the maker of the drug itself, not advocacy groups or outside experts, has to petition the agency for such a change and to present data showing the drug is safe and effective in order to specifically add miscarriage management to its label.

ACOG Federal Affairs Director Rachel Tetlow said the group was disappointed by the decision and warned people experiencing miscarriages will run into “politically motivated abortion restrictions that have no basis in science.”

“Reproductive health care is under attack across the country,” she said. “Clinicians need to know that this critically important medication will remain available to patients who need it.”

Since the fall of Roe v. Wade, mail delivery of abortion pills has been a key way patients in the dozen-plus states with near-total bans on abortion have circumvented those laws, drawing the attention of anti-abortion state officials and advocates who are exploring several measures intended to crack down on their distribution.

At the same time, medical groups like ACOG and progressive advocates argue that too many barriers to the pills remain, particularly for people in GOP-controlled states, and that the remaining FDA restrictions are not justified given the evidence of the drugs’ safety.

The FDA’s rejection of both citizen petitions comes on the heels of an announcement earlier this week that cleared the way for certified retail pharmacies to dispense abortion pills to patients with a prescription. The decision drew outrage and threats of lawsuits from the right and a mixed reaction from the left — who cheered the addition of another means of access for patients in states where abortion remains legal but criticized the FDA for imposing a certification requirement for pharmacies that dispense the drug.