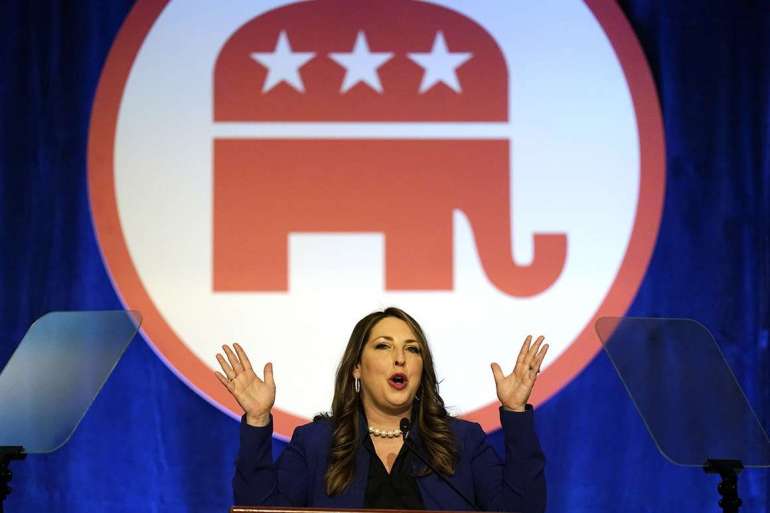 The potential for fireworks may be limited in one sense, however. The candidate forums will be exclusive to RNC members, proxies or representatives, and will not be broadcast or open to the public. During the forum, “the candidate can use the time to give a speech, take questions, or both,” according to the email. It goes on to state that a “podium and microphone will be provided, but the use of audiovisual or electronic equipment is prohibited. The distribution of materials, however, will be permitted.”

The forums have been part of past RNC meetings, including the contested races for co-chair and treasurer in 2021. But this cycle comes at a particular inflection point for the party. The contentious race between McDaniel and Dhillon has played out on cable news and in heated emails sent between members that have debated everything from the direction of the GOP and former President Donald Trump’s influence over it, to the handling of internal finances.

When asked in a December interview whether she would be open to a debate or a public forum with Dhillon and MyPillow CEO Mike Lindell, who has also claimed he is running for chair, McDaniel said she would participate in a forum limited to members who will be voting for chair.

“Ronna McDaniel looks forward to participating in the candidate forum at winter meeting to continue her conversations with members of the 168, our party’s grassroots leaders who are eager to unite together and compete and win in 2023 and 2024,” Emma Vaughn, a spokesperson for the campaign to reelect McDaniel, said in a statement.

Dhillon and her supporters have called for a public debate — not a forum, in which each candidate would get to speak for an allotted amount of time. In a statement, a spokesperson for Dhillon said that she will be participating, but that conducting the forum out of public view “sends a very bad signal to RNC donors and grassroots leaders that the current chair is too weak or afraid to debate her own record.”

Lindell told POLITICO he also plans to participate in the upcoming forum. In order to qualify for the RNC chair race and participate in the forum, a candidate must submit a petition by Friday proving they have a majority vote of the RNC members in three different states in order to be nominated, according to party rules.