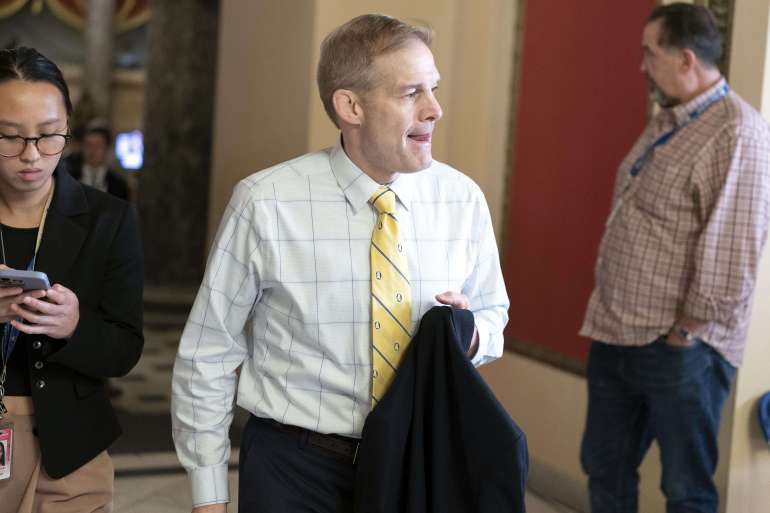 It’s highly unlikely that the Democratic-controlled Senate will consider either measure, but the votes indicate that the GOP, at least for now, plans to handle the abortion issue as it has during past stints in the majority.

Both measures focus on issues around the periphery of the abortion debate and don’t address new questions created by the Supreme Court’s decision, such as whether Congress should pass legislation banning or restricting the procedure.

Anti-abortion groups are pressuring Republicans to pursue a nationwide ban, but many Republican elected officials have embraced less far-reaching restrictions since Roe fell.

Florida Gov. Ron DeSantis, for example, signed legislation banning abortion after 15 weeks last year. Sen. Lindsey Graham, (R-S.C.) proposed a nationwide 15-week ban in September that drew nine GOP co-sponsors. But other Republicans said they preferred to leave the issue to the states, while still others said they wanted a ban from conception.

In the House, Republicans said both measures were needed. Judiciary Committee Chair Jim Jordan (R-Ohio) railed against the Justice Department for not doing more to respond to vandalism against anti-abortion groups’ facilities.

“This resolution is straightforward,” Jordan said. “What has happened at hundreds of crisis pregnancy centers and churches around the country this past year is wrong.”

On the legislation, Jordan and other Republicans cast Democrats as radical for opposing it.

Rep. Ann Wagner (R-Mo.), the bill’s sponsor, said the bill would ensure infants get care at “their most vulnerable moment.”

“All children should be welcomed with joy and wonder, no matter the circumstances of their birth,” Wagner said. “Too many of these sweet little ones are denied the medical care they need … simply because they were unwanted.”

As POLITICO has reported, just 1 percent of abortions in the United States take place after 21 weeks of pregnancy, according to the Centers for Disease Control and Prevention. And a CDC analysis of 12 years of data on live births found that just 143 occurred following an induced abortion out of more than 49 million births. In the vast majority of those cases, the infant survived less than a day.

A law enacted in 2002 with little opposition affirmed that infants born alive after an abortion attempt are entitled to legal protection. And Democrats said the new measure was unnecessary and would interfere with doctors’ judgment.

As a result, Democrats said the bill wouldn’t do anything to bolster health care and could put infants’ lives at risk by interfering with medical practice.

On the resolution, Democrats objected to what they said was the GOP’s selective condemnation of violence by ignoring violent acts by abortion opponents.

“I unequivocally condemn all acts of violence, vandalism and destruction of property. However, these acts are not all the same,” said Rep. David Cicilline (D-R.I.). “Graffiti on the side of a building is not comparable to the stalking of doctors and nurses and the assaulting of patients who try to access health care.”

Democrats attempted to amend the bill to bar restrictions on the prescribing of abortion pills, abortion counseling via telehealth and limits on emergency abortion services, but failed.

Although every Republican present voted for the legislation and resolution, there was at least one critic.

In an interview before the vote Wednesday, Rep. Nancy Mace (R-S.C.) expressed frustration with GOP leaders for highlighting abortion policy at the opening of the new Congress.

Mace suggested that Congress should work to expand access to birth control, as well as protections for rape victims, and that leaders should have highlighted GOP efforts to combat inflation as the party’s opening move.

Mace said she still supported both the resolution and the bill.