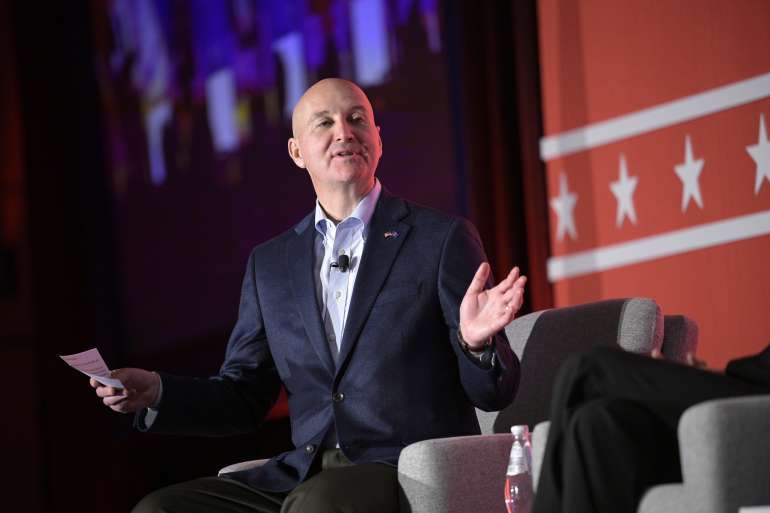 “There’s never been a Nebraskan who has had to run for statewide election in two consecutive terms … it’s an extraordinarily rigorous challenge,” Pillen said. “I don’t believe in placeholders.”

Sasse resigned this month to become president of the University of Florida, creating the vacancy. He had distinguished himself for his criticisms of former President Donald Trump, whom Sasse eventually voted to convict in his impeachment trial, but the departed senator also focused much of his energy on the Judiciary and Intelligence committees.

Ricketts said he “can’t think of specific issues” he and Sasse disagree on, adding that he expects to be a reliably conservative vote and continue focusing on appointing right-leaning judges.

Both Pillen and Ricketts brushed off questions about backroom deals when it came to filling the seat. Ricketts was a top backer of Pillen’s campaign, raising some questions in the state about filling the vacancy. Sasse did not resign until after Pillen was sworn in, allowing Ricketts to fill the seat without having to self-appoint himself.

Pillen said backroom deals are “not my DNA.”

“I have no concerns about the process,” said Sen. Deb Fischer (R-Neb.), the senior senator from the state.

Senate Minority Leader Mitch McConnell indicated last year he wanted Ricketts to fill the vacancy left by Sasse. He said on Thursday that Fischer and Ricketts “will instantly form an extremely effective one-two punch for Nebraska in the Senate” and praised Ricketts for his governing record and winning governor races “by gigantic margin.”

Pillen said he interviewed nine candidates for the job and that none were Democrats. Nebraska is now a reliably red state, and Democrats have not won a Senate race there since 2006.

Yet Pillen suggested he didn’t want to take any chances by appointing a senator who could blow the seat in a primary or general election. He said Ricketts’ political experience “was a big separator” in the interview process; it also doesn’t hurt that Ricketts is personally wealthy, with the ability to self-fund should he face a primary challenge.

Ricketts said he would pass on any other opportunities that come along over the next 10 years as he shifts his focus to federal office.

“One of things we as Republicans need to win elections is to have a broad tent,” Ricketts said. “I’m committed to running in ‘24 and ‘26 to serve the people of Nebraska.”