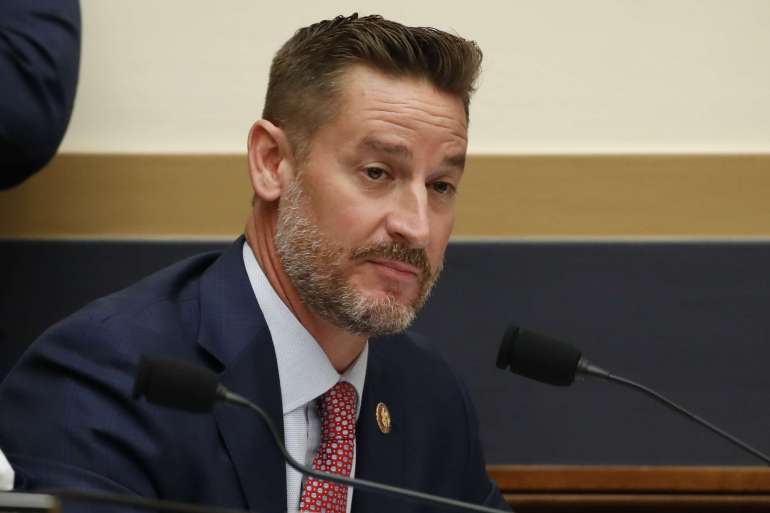 The 44-year-old lawmaker has represented his district, which includes Sarasota County, since 2019. | Alex Brandon/AP Photo

Rep. Greg Steube spent Wednesday night in a Florida intensive care unit after suffering several serious injuries in an approximately 25-foot-fall from a ladder on his property, according to a Thursday update from his office.

The incident occurred Wednesday at the Florida Republican’s property in Sarasota while he was “cutting tree limbs,” according to his office. The injuries remain under assessment, his office added, but are not viewed as life-threatening “at this time.”

“He is making progress and in good spirits,” a tweet from his official account said. “We are thankful to the individual who witnessed the fall and immediately called 911, as well as Sarasota County’s Emergency Services for their quick response and transportation.”