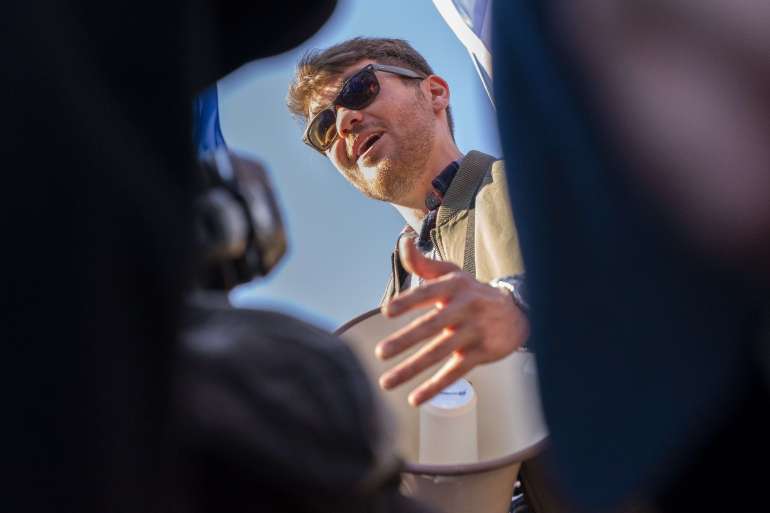 The resolution, first reported by POLITICO, does not mention Trump, but condemns Ye, Fuentes and conservative commentator Milo Yiannopoulos by name. It also calls out a handful of Democratic politicians — including Reps. Ilhan Omar (D-Minn.) and Rashida Tlaib (D-Mich.) — for remarks highly critical of Israel and for ties they had with antisemitic figures.

“I want to create a standard for all political parties in America, that we don’t tolerate bigotry, and in this particular case, antisemitism,” Steel said.

The resolution, if adopted, would “formally condemn, denounce, censure and oppose all forms of bigotry, racism, ethnic prejudice, religious intolerance, antisemitism, antisemitic statements, and any antisemitic elements that seek to infiltrate the Republican Party,” according to a copy of the document obtained by POLITICO.

In the resolution, which has been reviewed by RNC attorneys, Steel writes that Ye, who claims to be running for president in 2024, has repeatedly made “shameful” comments that are “contrary to American and Republican principles.” Among them, Ye has said that “the Jewish media has made us feel like the Nazis and Hitler have never offered anything of value to the world … we’ve got to stop dissing the Nazis all of the time.”

The document also denounces Yiannopoulos’ similar remarks about “the Jewish powers that be,” and describes Fuentes as “laughingly comparing Jews killed at concentration camps to baking cookies in an oven.”

So far, 30 members — more than RNC rules require to advance the resolution — have signed on as co-sponsors, Steel said. He said he expects the resolution to pass unanimously at the RNC’s winter meeting this week in Dana Point, Calif., where the group of 168 Republican officials will also elect a chair.

Ronna McDaniel, the incumbent chair, is facing a challenge in the race from conservative attorney Harmeet Dhillon and MyPillow CEO Mike Lindell, but her allies believe she has a comfortable margin of victory.

A handful of Dhillon allies have accused at least one RNC member of being involved in a “whisper campaign” against Dhillon because of her Sikh faith. McDaniel herself is part of a religious minority: the church of Jesus Christ of Latter-Day Saints.

Steel, who is supporting McDaniel in the race, said he was inspired by William F. Buckley’s position on the GOP adopting a “hypersensitivity to antisemitism.” In a December op-ed, Steel praised Virginia Gov. Glenn Youngkin’s decision to establish a Commission to Combat Antisemitism.

Steel is married to Rep. Michelle Park Steel (R-Calif.), who ousted a Democratic incumbent to be elected to Congress in 2020. She is among a trio of the first Korean American women to serve in the House.