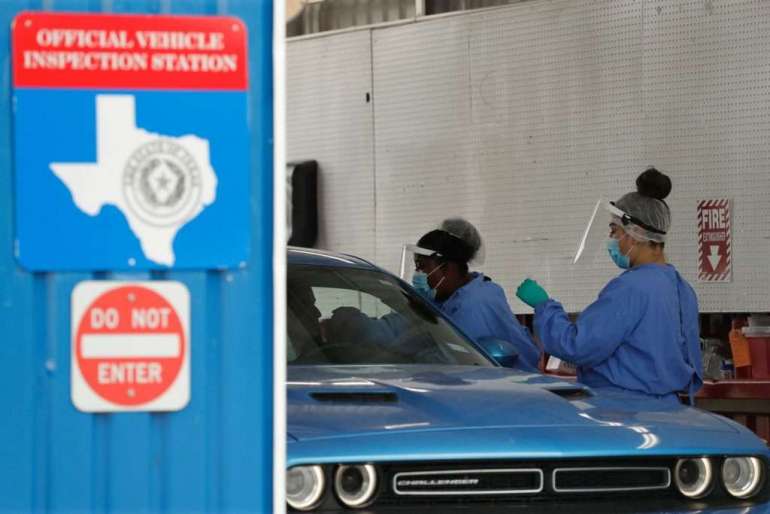 The dropoff is directly linked to the virus abating, said Mark Escott, EMS medical system director for Austin and Travis County.“We have less symptomatic people and less demand for testing,” he told county commissioners on Monday. “I think to some extent, we can expect that we’re going to have oscillations in the demand for testing over time.”

In Dallas County, demand for testing has declined significantly following a drop in infections, said Philip Huang, director of the county’s Health Department. The lines for testing, which in June and July snaked through parking lots and caused people to wait hours, have disappeared, he said.

Vivian Ho, a health economist at Rice University and Baylor College of Medicine, suspects that the drop-off also stemmed from frustration with how long it was taking to get results. Quest Diagnostics and LabCorp, two of the largest private testing companies, both admitted that overwhelming demand dramatically increased turnaround time in July.

Ho said that last month, during the worst of the Texas outbreak, it was routine to hear stories of people waiting weeks just to get an appointment for a test, or sitting for hours in drive-through lines.

“You were only going to do that if you were super sick,” she said.

But the testing problems aren’t all linked to Texans’ behavior. There also are questions about flaws in the state’s data collection that may have distorted who was sick and where. Texas at the end of July had 1 million completed tests whose results had not been assigned to a particular county. Officials are now sorting through the backlog, which could have had the effect of making the tested population appear smaller than it really was.