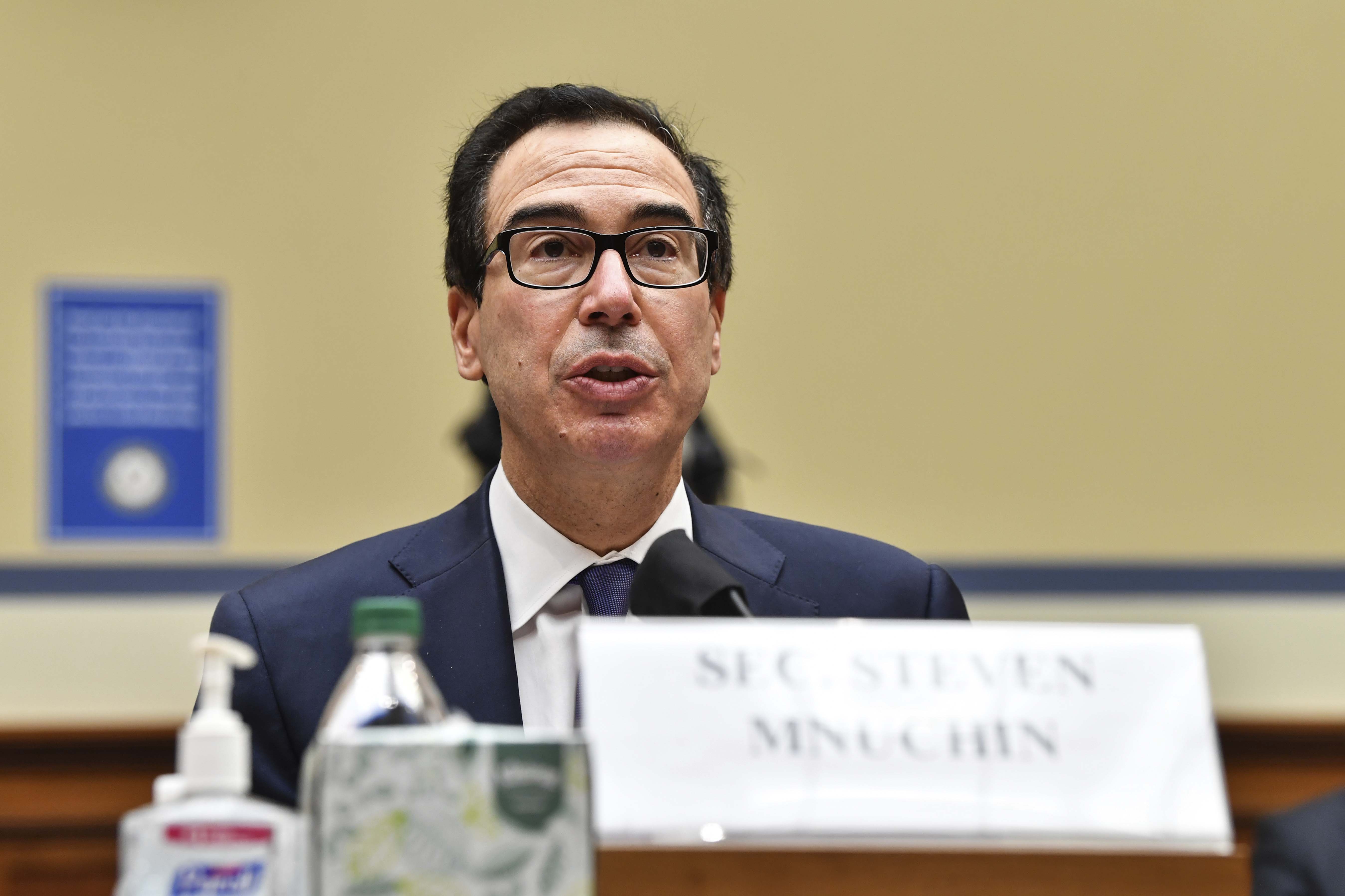 “It is impossible to look at this GOP proposal and not wonder: do our Republican friends see the damage in America?” Schumer asked. “Are they still trying to fool the American people by calling a harshly partisan proposal bipartisan?”

Senate Republicans released their new coronavirus relief proposal Tuesday, after weeks of discussion during the August recess. The bill would provide $300 in boosted federal weekly unemployment benefits through the end of December, another round of money for the small business Paycheck Protection Program and liability protections for schools, businesses and health care providers, a top priority for McConnell. It also includes $15 billion in grants for childcare and a two-year tax credit for donations to scholarships and grants.

Senate Republicans struggled to coalesce around a $1 trillion proposal in July, but the latest, roughly $500 billion proposal is looking increasingly likely to get support from nearly all in the GOP caucus.

Schumer and Pelosi have derided the GOP proposal — referred to as a “skinny” bill on Capitol Hill — as an “emaciated” plan that does not provide nearly enough relief, and negotiations remain at an impasse over the relief bill’s price tag.

Democrats initially pushed for the nearly $3.5 trillion HEROES Act which passed the House in May and provided for a more generous extension of federal unemployment benefits, hundreds of billions of dollars to ailing states and cities and another round of stimulus checks to individuals.

In recent weeks, Democrats have lowered their offer to $2.2 trillion. They blame the White House for being unwilling to meet them halfway.

“This is way beyond partisanship what’s happening in our country right now,” said Sen. Debbie Stabenow (D-Mich.). “I support getting a package done and as quickly as possible, but I don’t see any serious effort on Sen. McConnell’s part right now to do that.”

The GOP proposal is not expected to get much if any support from Democrats. Sen. Doug Jones (D-Ala.) said he was undecided while Sen. Joe Manchin (D-W.Va.) said substantial changes would be needed to win him over.

“There needs to be an awful lot of adjustments to that bill and I’m not going to vote to get on it unless we have a chance to fix it,” Manchin said.

With the likelihood of a relief package fading unless there’s a dramatic reversal — and that would mean one side or the other caves — avoiding a government shutdown is the only other big legislative item still outstanding before Election Day.

Shelby and McConnell both expressed support for a “clean” continuing resolution that lasts until mid-December. That would give lawmakers time to deal with the election fallout, any leadership races, and then assemble an omnibus funding package to cover 2021 spending.

McConnell told reporters Wednesday that he backs a spending stopgap that would last until mid-December.

“We’re trying to do a clean CR maybe to December,” Shelby added. “What we gotta do is define ‘clean.’ Cleaner to us is always clean. To Democrats, they may want to add on stuff.”