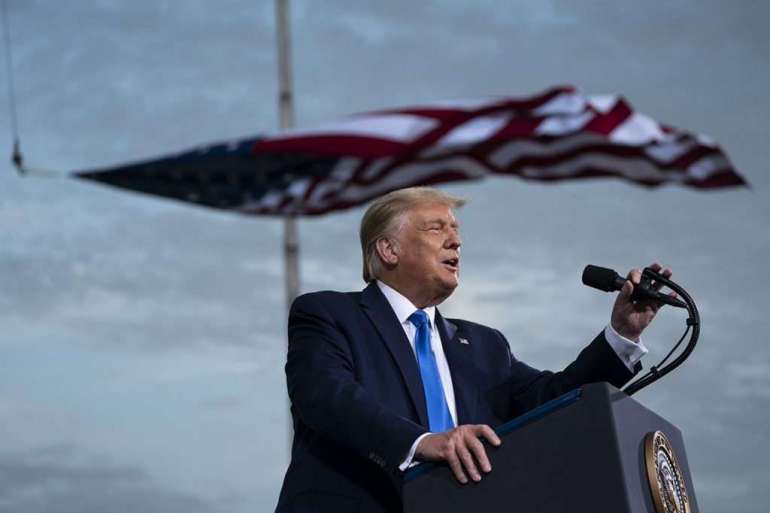 Against that shaky backdrop, Wall Street analysts are increasingly bracing for a chaotic Election Day and a bitter battle to follow that could feature protests and even violence in the streets. The unrest could make it impossible for investors to make new market bets based on the kinds of policies that might go into effect next year, and could even exacerbate concerns about the economy sliding backward with the coronavirus pandemic still wreaking havoc on consumers and businesses.

“There are a lot of factors pressuring the stock market right now and the potential for a hotly contested result is certainly one of them, especially as we are now inside 40 days til the election and we are in a time where there is already so much social tension,” said Mark Luschini, chief investment strategist at Janney. “This does have the potential to incite the kinds of protests we’ve seen and the metastasizing of social unrest. And investors would be more inclined to sell first and ask questions later.”

The United States has seen bitterly disputed presidential election results in the past. In 2000, it took weeks to decide the race between George W. Bush and Al Gore. Legal battles raged over the recount in Florida with the Supreme Court finally weighing in to stop the recount and award the election to Bush. Stocks slid throughout that period.

But 2020 is a vastly different and more combustible environment, sparking growing unease among investors about the impact of a muddled election result. Protests have already raged in major cities over police violence. And Trump supporters and opponents have engaged in sometimes violent clashes in recent weeks. Trump regularly advocates violence against journalists at his rollicking campaign rallies.

The U.S. also continues to face a brutal pandemic that has killed more than 200,000 Americans and spurred a massive economic decline. While the backdrop in 2000 came amid a dot-com stock bubble in the process of deflating, the economy was still expanding.

“The fear is that if we get a disputed election, it could lead to disruption and possibly even violence. If so, we could well see markets take a significant hit,” Brad McMillan, chief investment officer at Commonwealth Financial Network, said in a note to clients. “In 2000, the hanging chad debacle in Florida hit markets, and this election could well be even more disputed than that one.”

In addition to sowing doubt about whether he would accept the election result, Trump has suggested he needs to fill the late Supreme Court Justice Ruth Bader Ginsburg’s seat right away so the high court would be more likely to rule in his favor in a disputed election. The positioning has enraged the left and potentially increased the chances for violent clashes after Nov. 3 if the Supreme Court does in fact have to settle the results.

Some investors would certainly benefit from the chaos of a disputed election, including traders who make their money off market volatility. Wall Street trading desks that depend on heavy volume and large transactions could also see revenues spike. But for the broad swath of American investors who mostly have money in the market through retirement plans, it could lead to panic and a desire to move money into safer assets, possibly driving stock prices down even further.

A rapidly declining stock market generally translates fairly quickly into reduced consumer confidence. That could lead to slower spending — especially amid a pandemic — that can then snowball into a more significant pullback in the broader economy.