“Certainly all Republican members of the committee will participate in these important hearings,” added McConnell who noted the panel has already been allowing members to participate virtually.

The Judiciary Committee released a statement soon after affirming there was “no change” to the nomination hearing schedule.

McConnell also said he spoke by phone Saturday with President Donald Trump, who is receiving treatment for the coronavirus at Walter Reed National Military Medical Center just outside Washington, and said the two discussed “confirming Judge Barrett” among other priorities.

Still, the growing infection in the GOP ranks could be a problem. Three Republican senators announced positive coronavirus diagnoses in the past 24 hours, including one, Sen. Ron Johnson of Wisconsin, on Saturday morning. Three more GOP senators have said they are quarantining after potential exposure to the virus, which significantly narrows the GOP 53-member majority.

The Senate had been scheduled to come back to Washington on Monday to begin advancing other judicial nominees, but McConnell has been forced to recalibrate those plans as the pandemic hit his caucus. The House already planned to be out of session for the next several weeks.

“If it’s too dangerous to have the Senate in session it is also too dangerous for committee hearings to continue,” Senate Minority Leader Chuck Schumer wrote in a statement Saturday. Separately, the 10 Senate Democrats who sit on Judiciary released a statement rebuking the idea of holding a virtual hearing for a Supreme Court nomination, arguing it was “not an adequate substitute” because “questioning nominees by video is ineffective.”

McConnell’s announcement comes on a chaotic Saturday in Washington, as several more members of Trump’s inner circle disclosed they have tested positive and Trump’s own physician and chief of staff offering alarmingly conflicting reports on the president’s health. 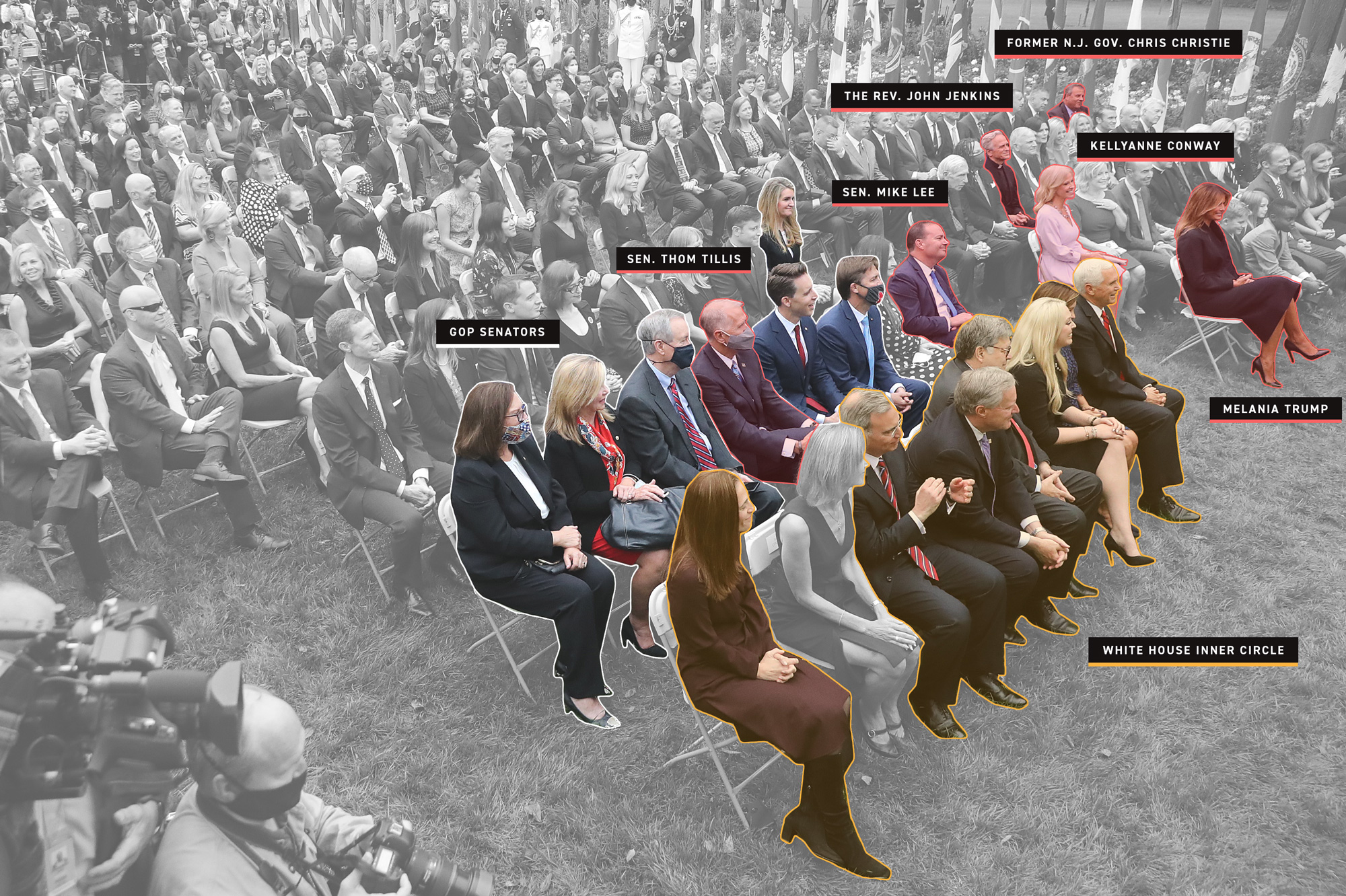 Like much of the political world, Republicans and Democrats have taken different approaches to the virus. In the Senate, Democrats have canceled all in-person caucus meetings and hold conference calls instead. The GOP is still holding regular party lunches together, though in a bigger room to allow for more distancing between senators.

At this point in the pandemic, most senators in both parties are fairly diligent about wearing masks in public, though there are a few Republicans who don’t wear them as regularly even as they talk to colleagues or reporters.

Two of the GOP senators who have tested positive — Thom Tillis of North Carolina and Mike Lee of Utah — serve on the Judiciary Committee that will be considering Barrett’s nomination in the next few weeks. Both attended the White House ceremony for Barrett last weekend. The third senator, Johnson, does not serve on the Judiciary Committee and was not present for Barrett’s announcement.

Another Republican on Judiciary, Sen. Ted Cruz of Texas, also said Saturday that he would self quarantine after potential exposure to the virus but planned to return for the hearings.

“He feels healthy, hasn’t exhibited any Covid-19 symptoms, and has tested negative,” a Cruz spokesperson said. “In accordance with medical advice, he will return to the Senate for the Supreme Court nomination hearings.”

Sen. Josh Hawley (R-Mo.), another member of the panel, said he would get tested on Saturday after attending Barrett’s ceremony, though his office said doctors did not recommend a quarantine.

The Judiciary Committee is scheduled to begin four days of hearings for Barrett on Oct. 12, with Graham planning to hold a committee vote on Oct. 22.

The panel could still meet if the Senate is not in session, provided the two parties agree on a schedule for the Senate floor.