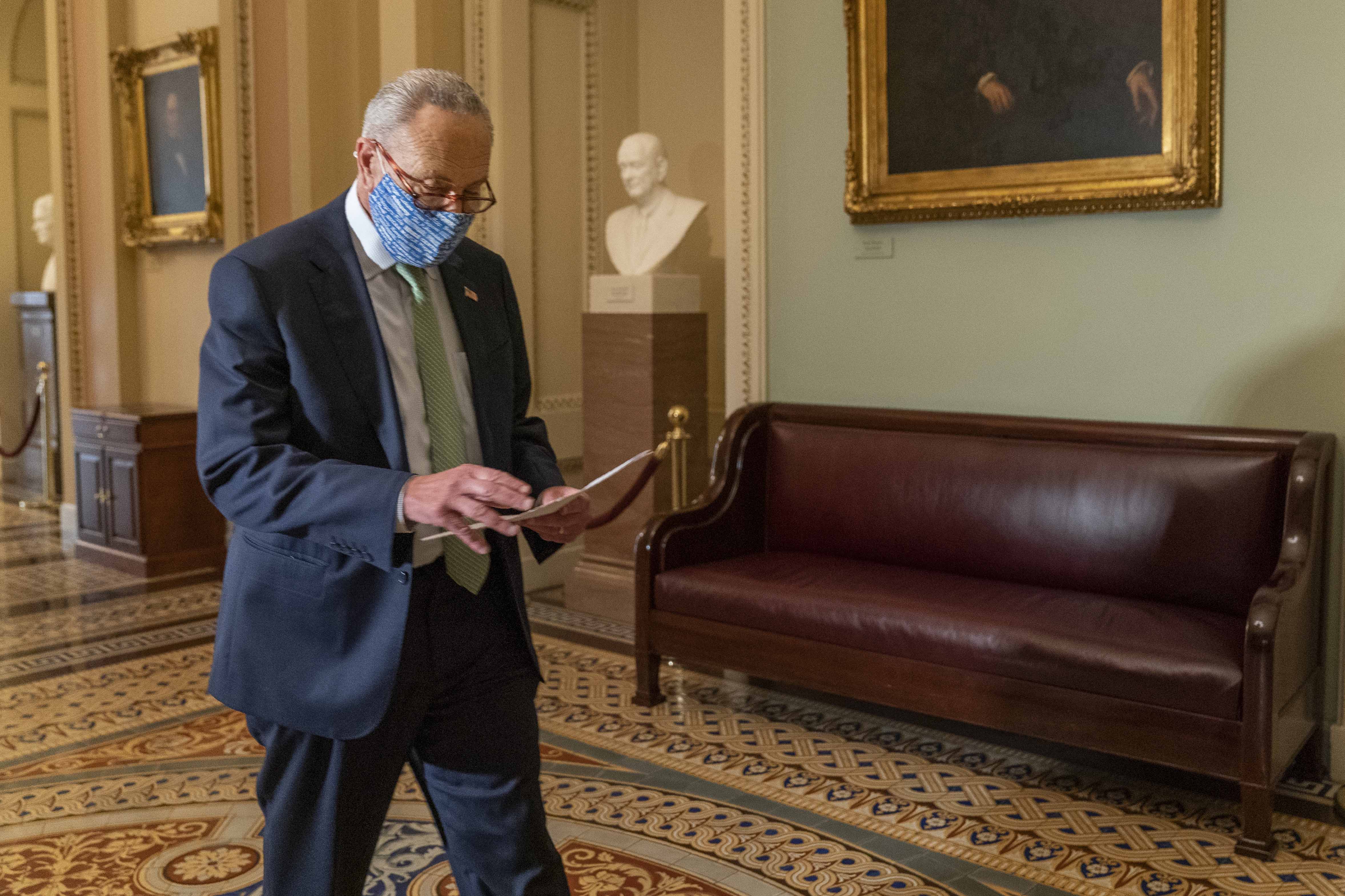 It would also require two negative tests for those returning to the Capitol, a 14-day quarantine for those exposed to coronavirus infections and a 10-day quarantine following a positive test that produces symptoms. And it would institute a mask mandate and require more testing and contact tracing.

“The U.S. Senate has become a COVID-19 hot spot and we need to take immediate action,” Schumer said. “Senate Republicans must join us here in reality and acknowledge that through their inaction, they are creating a truly dangerous situation.”

Republicans are unlikely to see things that way, though some, like Senate Rules Chair Roy Blunt (R-Mo.) and Sen. Lamar Alexander (R-Tenn.), have called for more testing.

On Kentucky station WBKO, McConnell said he’s tried to set a good example wearing a mask and defended the Senate’s safety record. McConnell’s office had no immediate response to Schumer and Klobuchar’s resolution.

“We don’t have to change any Senate rules to either deal with this in the committee or the floor. So no rules changes are required whatsoever. I do think there have been risky behaviors in other areas, but not in the Senate,” McConnell said on Fox News late Tuesday. “There’s no question that some of the infections occurred elsewhere and not here. What I’m telling is since May, we have operated successfully in the Senate. We know what we’re doing. We’re following CDC guidelines.”

The Senate took a two-week recess after the positive tests of Republican Sens. Ron Johnson of Wisconsin, Mike Lee of Utah and Thom Tillis of North Carolina. The Senate will be back on Oct. 19, but the Judiciary Committee will begin Barrett’s hearings on Oct. 12. That hearing will allow members to participate virtually.