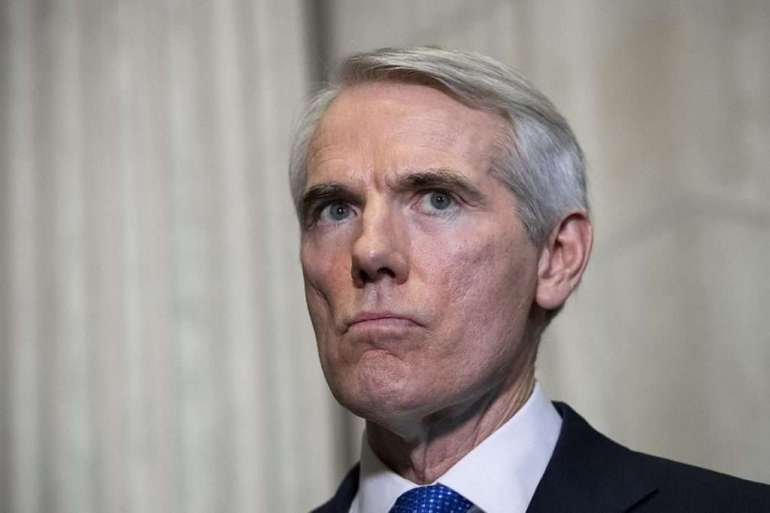 “It wasn’t wise,” said Rep. Denver Riggleman (R-Va.), who was ousted in a primary by a conservative challenger earlier this year. “You saw that realization when he walked back the comments last night by tweeting about passing a [standalone] Covid aid bill. Now, every GOP candidate lost the argument about Covid relief.”

“Unfair or not, it puts Republicans in an awful position,” he added.

Trump added to the confusion when, hours after calling off the bipartisan talks on Tuesday, he demanded that Congress pass standalone bills for airline relief, a small business loans program and individual stimulus check — giving lawmakers a case of whiplash, which his party has grown accustomed to.

Senate Democrats need to net at least three seats and the presidency to take back the majority. And though the battle for the Senate has focused on a half-dozen races for months, Democrats now appear competitive in states like Kansas and South Carolina. That means even formerly safe senators like Lindsey Graham (R-S.C.) might benefit from a big stimulus bill.

Graham, a top Trump ally, was among the Republicans on Wednesday who urged the president to give the negotiations — which had been crawling along on Capitol Hill over the past week — another shot.

“Strongly recommend all my colleagues and President @realDonaldTrump look at the House Problem-Solvers bipartisan $1.5 trillion stimulus relief package,” he tweeted.

Sen. Susan Collins of Maine, another vulnerable Republican who is up for reelection, went even further, calling Trump’s decision to punt on a deal until after the election a “huge mistake.”

And moderate Sen. Rob Portman of Ohio pleaded: “Let’s not throw in the towel, instead let’s find that reasonable compromise, not $2.4 trillion with non-Covid provisions” — a reference to the $2.4 trillion measure Pelosi supports.

Senate Majority Leader Mitch McConnell (R-Ky.), appearing on Fox News late Tuesday, said another relief bill would be needed but declined to address whether it would hurt his vulnerable members.

“What’s really going to help the Senate races, I think, is putting the Supreme Court justice front and center,” he said of the push to confirm Trump’s nominee Amy Coney Barrett. “Every single challenger to every one of my incumbents is opposed to this nominee, every single one of them. So we’ll let the American people decide how important the United States Supreme Court is in casting their vote.”

But while Republicans are banking on a Supreme Court bump at the polls, the pandemic is still promising to be a top issue for voters, with cases still climbing and the death toll now at over 210,000.

And some Republicans on Capitol Hill have privately questioned Trump’s handling of the coronavirus, which has been his biggest political liability in his reelection campaign and is threatening to drag down the entire party on Election Day.

In addition to pulling the plug on coronavirus relief talks, Trump, who himself was hospitalized after contracting the virus, has come under fire for telling veteran journalist Bob Woodward that he intentionally downplayed the threat of the virus; his administration has repeatedly faced questions about whether officials are interfering with the work of government scientists in order to help Trump politically; and the White House is under scrutiny for the recent Covid-19 outbreak after a maskless gathering in the Rose Garden.

“I disagree with the president. With lives at stake, we cannot afford to stop negotiations on a Covid-19 relief package,” said Rep. John Katko (R-N.Y.), who is in a competitive race. “I strongly urge the President to rethink this move.”

Meanwhile, Trump’s involvement in an economic aid package has been haphazard. The president has largely stayed out of the negotiations, but on Sunday, while he was hospitalized for coronavirus, he urged lawmakers over Twitter “to get it done.”

“The president needs to actually listen to members that understand what is needed from the standpoint of the economy and political strategy,” said retiring Rep. Paul Mitchell (R-Mich.), a former member of GOP leadership. “The just ‘let it rip’ style is getting old.”

Pelosi dismissed the idea of passing piecemeal legislation to provide another round of stimulus checks, telling reporters Wednesday that “all the president wants is his name on a check.”

Pelosi and Treasury Secretary Steven Mnuchin did, however, talk on the phone Wednesday morning to discuss airline relief; during the conversation, the speaker noted that House Republicans blocked a bill on the floor last week that would have provided aid for the industry.

But Republicans aren’t the only ones nervous about a political backlash. Vulnerable Democrats, as well as the bipartisan Problem Solvers Caucus, are also demanding that both sides restart talks.

Some Democrats — whose offices have been flooded with desperate calls from constituents about unemployment benefits or stimulus checks — are anxious that any incumbent, regardless of party, could take the blame for the lack of action.

But other endangered Democrats said Trump’s stunning course-reversal this week actually helps their argument that Republicans had been the ones holding up the much-needed relief money all along.

Many of those swing district Democrats were already performing better than expected in polling and fundraising this fall. Now, some Democrats quietly acknowledge that Trump and the GOP essentially handed them some political cover on the eve of the election.

“The fact is that [Trump] saw the political downside of his statement of walking away from the negotiations,” Pelosi said Wednesday on “The View.” “He’s just, again, rebounding from a terrible mistake that he made yesterday, and the Republicans in Congress are going down the drain with him on that.”