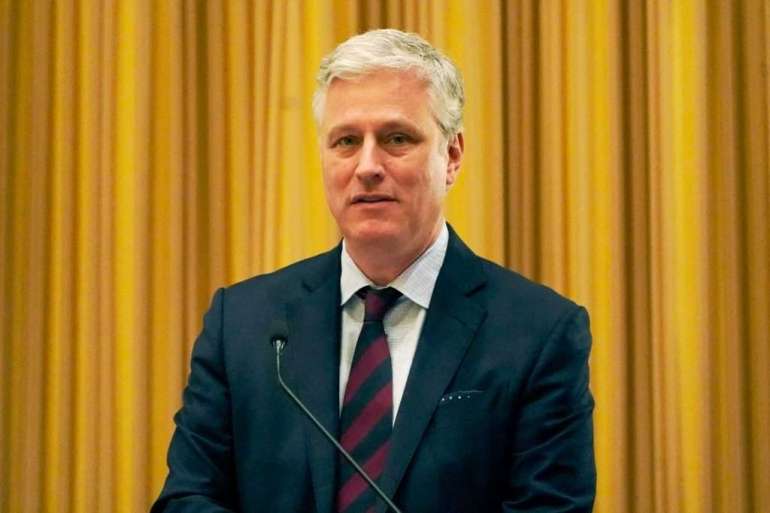 The president has repeatedly promised to end America’s “endless wars” and has touted his administration’s moves to bring home hundreds of U.S. service members from Syria, Afghanistan, Iraq and even Germany. And his Afghanistan tweet came as he sought to boost his own foreign policy achievements ahead of a major political event watched by millions of Americans.

We should have the small remaining number of our BRAVE Men and Women serving in Afghanistan home by Christmas!

Robert O’Brien, the national security adviser, had provided the most detailed timeline to date on the administration’s plans to wind down America’s commitment there when he made his comments on Wednesday. Under a deal between the U.S. and the Taliban announced in February, Washington agreed to leave Afghanistan by May 2021 in exchange for a set of guarantees from the Taliban, including disavowing terrorist groups and negotiating a permanent ceasefire and power-sharing agreement with the Afghan government.

During O’Brien’s remarks at the University of Nevada, he stressed that Taliban and Afghan negotiators, who opened long-delayed peace talks last month, must work out their differences.

A Pentagon spokesperson declined to comment. A senior administration official, asked about the conflicting timelines, noted on Thursday that “POTUS really laid down a marker yesterday.”

“He’s the commander in chief and we all follow his lead,” said the official, who requested anonymity to discuss a sensitive topic.

But the commander of U.S. forces there, Army Gen. Austin Miller, sounded a less optimistic note late last month, telling reporters that violence in the country remained “too high.”

“Taliban violence has to slow down — it has to stop. What it’s driving is an increase in violence across the country,” he said. “Their violence has to come down. The world is watching. We have an opportunity for peace, which is what the people of Afghanistan are looking for.”

O’Brien’s remarks come just weeks after Gen. Frank McKenzie, the top U.S. general in the Middle East, announced that the U.S. plans to cut the number of troops in Afghanistan from 8.600 to 4,500 by late October.

Pentagon officials have said that further troop withdrawals will be based on the security condition in the country. During a hearing before the House Oversight National Security Subcommittee in September, Trump’s special envoy for Afghan peace talks and the Pentagon’s top Indo-Pacific policy official stressed that point to skeptical lawmakers.

“We are on the path to reduce troop levels to between 4,000 and 5,000 by this fall and further withdrawals will be determined based on conditions on the ground and delivery by the Taliban on their commitments,” said Zalmay Khalilzad, the administration’s special representative for Afghanistan reconciliation.

David Helvey, the interim assistant secretary of defense for Indo-Pacific security affairs, noted that Defense Secretary Mark Esper hadn’t yet given any instructions to withdraw more troops, though the Pentagon had begun mapping out a potential complete pullout.

“I’d like to make clear that the secretary has not issued orders to reduce military personnel below this 4,000 to 5,000 level in Afghanistan, although we are conducting prudent planning to withdraw to zero service members by May 2021 if conditions warrant, per the U.S.-Taliban agreement,” Helvey testified.

Asked about Trump’s tweet, NATO Secretary General Jens Stoltenberg said as part of the peace effort NATO has reduced its presence in Afghanistan to roughly 12,000 troops who train, advise and assist Afghan security forces. He stressed that the international coalition will make decisions about future presence “based on the conditions on the ground.”

“We decided to go into Afghanistan together; we will make decisions on future adjustments together and when the time is right, we will leave together,” he said.

In the House, Democrats and Republicans have sought to stymie Trump’s withdrawal plans as part of annual defense policy legislation.

The House Armed Services Committee over the summer approved a provision in its version of the National Defense Authorization Act that would block Trump from reducing U.S. forces in Afghanistan below two key levels — 8,000 and 4,000 — unless the Pentagon certifies that doing so won’t put U.S. personnel at risk, hurt counterterrorism operations or risk giving terrorists greater havens, among other details.

The measure, which was pushed by Democrat Jason Crow of Colorado and Republican Liz Cheney of Wyoming, passed the Armed Services Committee overwhelmingly in July.

The Senate didn’t seek to block an Afghanistan drawdown in its defense bill, and lawmakers will have to hammer out that and other differences when they return after the election.

But Trump’s drawdown order has undercut Congress, which likely won’t send him a final defense bill until sometime in December.