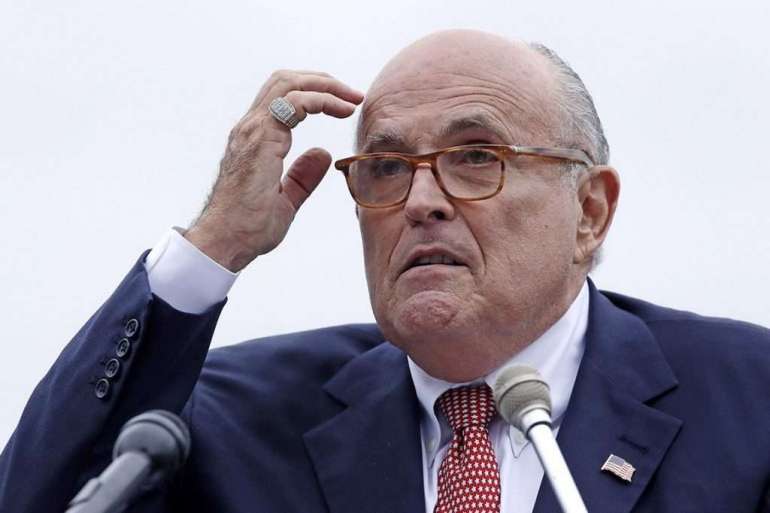 Rudy Giuliani, an attorney for President Donald Trump, appears in a scene in the new “Borat” film. The scene, which was filmed in a New York hotel room in July, resulted in Giuliani calling police. | AP Photo/Charles Krupa, File

Rudy Giuliani on Wednesday denied touching himself inappropriately in the upcoming “Borat” movie, insisting that a reported clip from the film was taken out of context.

“The Borat video is a complete fabrication,” Giuliani wrote on Twitter. “I was tucking in my shirt after taking off the recording equipment. At no time before, during, or after the interview was I ever inappropriate. If Sacha Baron Cohen implies otherwise he is a stone-cold liar.”

The tweets come after a Guardian report that the upcoming movie includes a scene in which Giuliani, President Donald Trump’s personal lawyer and a former mayor of New York, appears to touch his genitals while alone with an actor playing Borat’s daughter. The Guardian reported that the scene was part of a set-up for the movie, which loops unknowing people into gags involving the caricatured titular character.