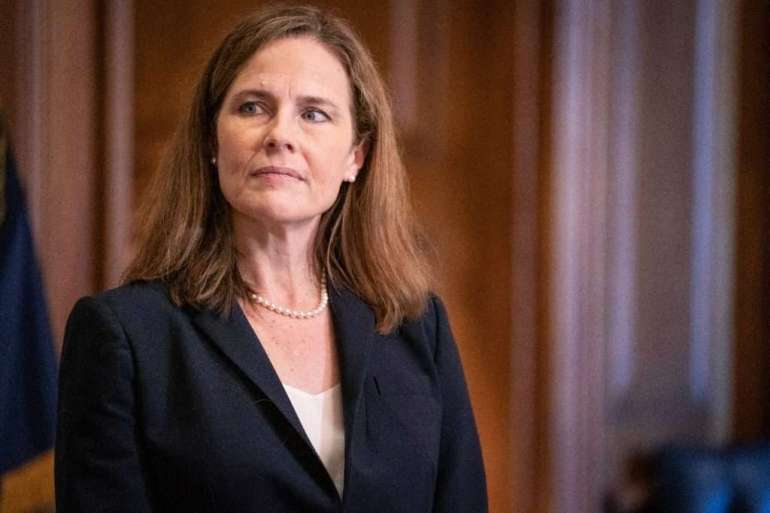 The boycott won’t prevent Barrett’s nomination from moving ahead, with Republicans on the committee vowing to confirm her.

Sen. Lindsey Graham (R-S.C), chairman of the Judiciary panel, chastised Democrats for their move and said Barrett will receive a vote.

“That is a choice they are making,” Graham said. “I believe it does a disservice to Judge Barrett who deserves a vote, up or down.”

Prior to Barrett’s confirmation hearings, Schumer suggested that Democrats would not provide a quorum to make the Judiciary Committee hearing valid, though Republicans can make procedural changes if needed.

Senate Democrats have deemed Barrett’s nomination “illegitimate,” arguing that a Supreme Court pick has never been confirmed so close to an election. They also are accusing Senate Republicans of hypocrisy, after McConnell blocked President Barack Obama’s nominee Merrick Garland in 2016, citing an election year and saying voters should decide.

“Republicans broke the promises they made and rules they created when they blocked Merrick Garland’s nomination for eight months under President Obama,” Schumer said. “Now, Republicans have moved at breakneck speed to jam through this nominee, ignoring her troubling record and unprecedented evasions, and breaking longstanding committee rules to set tomorrow’s vote.”

But Senate Republicans argue that the situation is different because same party controls the White House and the Senate.

The Huffington Post was first to report the Democratic plan.

Barrett, a 48-year-old judge on the 7th Circuit Court of Appeals, has wide support from Republicans and is expected to be confirmed next week. While Senate Republicans praised her performance last week during her confirmation hearing before the Judiciary panel, Senate Democrats chastised the nominee for declining to answer questions about Supreme Court precedent, including the landmark Roe v. Wade decision.

In their campaign against Barrett, Democrats have focused on the Affordable Care Act, arguing that her nomination presents a threat to the 2010 health care law. Before she became a federal judge, Barrett criticized Chief Justice John Roberts’ ruling upholding the law. The Supreme Court is set to hear oral arguments in the Trump administration’s legal challenge to Obamacare on Nov. 10, just days after the November elections.

During her confirmation hearing, Barrett insisted she was not on a “mission to destroy the Affordable Care Act” and Senate Republicans argued that fears she would strike down the law are overblown.

If confirmed, Barrett will occupy the Supreme Court seat left vacant by Ruth Bader Ginsburg, who died on Sept. 18 at the age of 87.