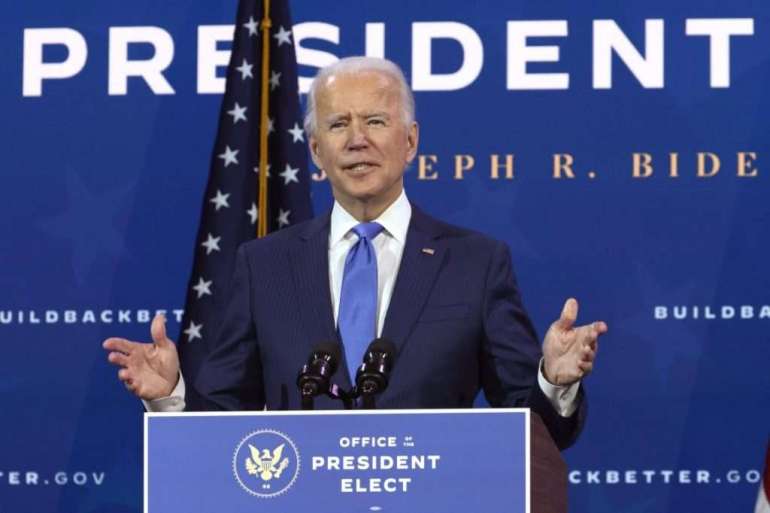 The crossfire erupted this week after reports that Biden would appoint Brian Deese to lead the National Economic Council. Deese is a former Barack Obama adviser who spearheaded some of the former president’s most successful climate moves, but he has since joined BlackRock to help the investment management giant bring climate change into its decision-making.

Many greens have also already preemptively warned against offering any administration jobs to some widely touted officials, such as former Energy Secretary Ernest Moniz, who is on the board of utility Southern Co. and whose think tank receives financial backing from gas and electric utility companies, and former Obama White House advisers Jason Bordoff and Heather Zichal.

Bordoff was White House climate and energy adviser who supported lifting a ban on exporting U.S. crude oil and argued U.S. natural gas exports are a potent geopolitical tool that can help displace coal, a more potent contributor to climate change. He’s the founding director of Columbia University’s Center on Global Energy Policy, which receives funding from oil and gas companies. Zichal was instrumental in designing carbon emissions regulations for power plants under Obama, but later served on the board of liquefied natural gas firm Cheniere Energy.

“There’s a certain amount of pressure [Biden’s team will] expect, and that’s appropriate,” said Democratic strategist and former Obama adviser John Podesta. “Where you risk your credibility is where the litmus test you’re applying ends up producing a result against your own interest. And I would argue that’s the case with respect to Deese.”

Some progressives have even quietly raised concerns about Arun Majumdar, who’s seen as a leading candidate to head the Energy Department, and heads Biden’s DOE transition. Majumdar ran a DOE clean energy innovation program under Obama that earned bipartisan praise, but activists have zeroed in on his past comments allowing space for fossil fuels in a transition to a net-zero emissions economy.

“Litmus tests are not helpful if that’s all you look at,” said Christy Goldfuss, who worked with Deese as head of Obama’s Council on Environmental Quality and now leads energy and environmental policy at the Center for American Progress. “[The activitsts] are right to be righteous but they need allies on the inside that are equally focused on making progress and moving the levers on the inside. It takes both.”

Despite praise from some green luminaries, including 350.org founder Bill McKibben, Deese’s work at BlackRock prompted groups like the Revolving Door Project to warn against his hire. Activists note the climate crisis has only worsened over the past four years, and the lost time means protecting the planet now requires a more aggressive effort by a government free of people who may be sympathetic to the fossil fuels that are blamed for the problem.

“We’re sort of being told the only people qualified to address the problem we’re facing are the people who have already had the opportunity to work on those things,” said Moira Birss, climate and finance director with Amazon Watch. “But they didn’t fix the problem the first time.”

Biden was never the first choice of the environmental movement, which favored the more aggressive strategies laid out by Sen. Bernie Sanders or Washington Gov. Jay Inslee. But a summer reset of the Biden climate plan that led to his call for a $2 trillion effort to refocus the U.S. economy toward clean energy helped draw climate-minded voters to him. Those voters, who have been dismissive of the Obama administration’s achievements, and some of the newer climate advocacy groups are worried that Biden may return to a more moderate plan, and they’ve vowed to keep up the pressure on him.

News of Deese’s appointment this week pushed some fractures into the open. Among his critics were the New York chapter of the youth-led Sunrise Movement — but notably, the national Sunrise Movement has not explicitly opposed Deese, though it did join allies in a July letter to the Biden campaign urging it not to hire officials from BlackRock.

Sunrise’s national office called on Deese to distinguish his owns views from those of BlackRock, since many activists believe the firm has not lived up to CEO Larry Fink’s January pledge to divest from and vote against the boards of some fossil fuel companies over climate-related policies.

“Ultimately it’s going to be on Brian to prove his commitment, to prove that he understands the urgency of these issues and frankly to distance himself from some of the bad practices of BlackRock and the Obama administration’s failure to address the seriousness of this crisis,” Sunrise national political director Evan Weber said. “To all the people who say he’ll lead with urgency, I hope they’re right.”

Deese did not enter government through the climate movement, but worked on the Obama cash-for-clunkers program that took millions of gas-guzzling vehicles off the road and later he helped design the auto industry bailout that yielded aggressive vehicle fuel economy standards — the single-greatest emissions-reducing policy of Obama’s tenure, but which was significantly weakened under President Donald Trump. Deese later took over the climate portfolio from Podesta, and he helped deliver the 2015 Paris climate accord, as well as agreements to phase out heat-trapping refrigerants and expand conservation for lands and oceans, including the Alaskan Arctic.

Regardless of who takes the top NEC job, some environmental groups acknowledge the prospect of Biden having a top economic adviser with a climate background is exactly what activists have sought, and it will help the new president incorporate climate concerns into policies to steer everything from an economic recovery from the pandemic to healthcare costs to infrastructure spending.

Jamal Raad, co-founder of Evergreen Action, which helped craft Inslee’s climate plan that influenced much of Biden’s later strategy, warned against judging nominees based on their last employer. He recalled the opposition to former Commodities Futures Trading Commission Chair Gary Gensler, who joined the commission from Goldman Sachs and ended up being a sharp critic of Wall Street and a progressive darling. Gensler now leads Biden’s financial regulatory transition team.

“Having climate-appointed people at the top levels of the Biden economic policy team that will help Biden fulfill his climate mandate and his ambitious climate plan is a good thing and a positive development — and we should be demanding that at NEC and all levels,” Raad said.

The dispute among environmental groups over candidates like Deese is at least partly due to their varying levels of appetite for aggressive action. Many progressives credit their victories in pushing Biden to take a stronger climate stance to activists’ setting ever-more ambitious targets and to energizing grassroots groups. That political momentum has led to them to call for strong measures, despite the likely split that will keep the Senate in Republican hands and prevent Biden from enacting major climate legislation.

“I do think sometimes the environmental community is not as aggressive and thinks too much about policy and not enough about creating the space,” said a former Obama White House official who asked for anonymity. “I’m not an expert in what moves the progressive base — clearly they’ve done that and anyone who cares about the climate space should applaud them for creating that kind of environment.”

Others suggest the movement also needs experts who know how to operate in big, bureaucratic institutions — whether that’s a financial giant or the federal government.

“BlackRock and the U.S. government are like ocean liners, they’re not speedboats,” said Paul Bodnar, a former Obama climate aide who is now a managing director at the Rocky Mountain Institute. “If you want people to spin an ocean liner around, you need people who know how to run an ocean liner.”

Despite some criticism of whether BlackRock had lived up to its climate goals, Podesta said financial watchdogs would be satisfied that Deese would go beyond seeking to require public companies to disclose their risks to climate change, the bare minimum policy groups like Amazon Watch have sought. Deese also favors a hike in the social cost of carbon — an estimate for the damage climate change causes that’s used to develop regulations — and has called for insisting banks stress test their balance sheets against climate risks.

“Let’s see him prove his bona fides. I’m pretty confident he will prove it in that arena,” Podesta said.