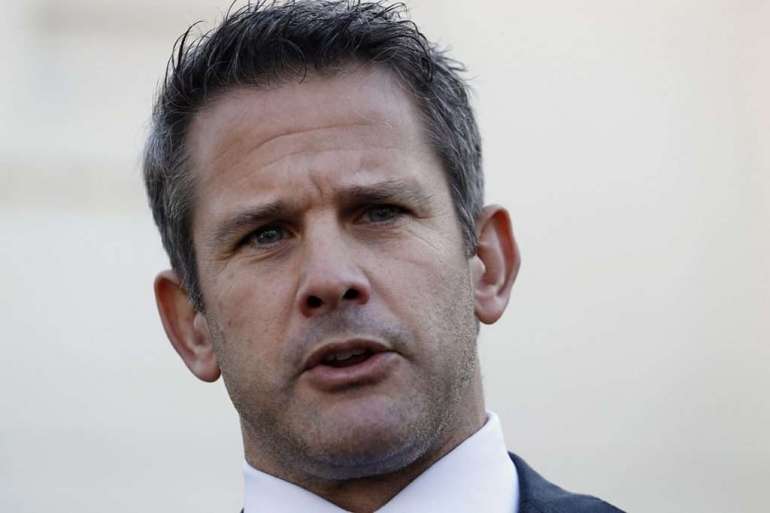 His high-profile rebukes of Trump have left some in Washington wondering about Kinzinger’s political future. Kinzinger, an Air Force veteran who has served in Congress for a decade, could have opportunities to run statewide in 2022. That’s when both Sen. Tammy Duckworth and Gov. J.B. Pritzker — both Democrats — are up for reelection. And Kinzinger’s public criticism of Trump certainly couldn’t hurt a general election bid in a blue state like Illinois.

Kinzinger said he’s keeping his options open, but currently has no plans to run for higher office.

“I never rule anything out,” Kinzinger said. “But this isn’t some grand scheme to remake myself in some image. I think it’s the same image I’ve always had.”

While Republicans are slowly starting to recognize Joe Biden as the president-elect, most GOP lawmakers who have publicly challenged Trump’s baseless claims of voter fraud are either retiring or already out of office. It’s a testament to the grip Trump still has on the party, even in defeat.

Yet Kinzinger says he isn’t scared of the blowback from the party’s base or damaging his standing among fellow Republicans, making him a rare breed in today’s GOP. “I’m not saying this to try to sound cool,” he said, “but I’m not afraid of anything in politics.”

Kinzinger also insists he has no motive other than feeling a genuine, moral obligation to counteract the rhetoric Trump and his allies are peddling — and Kinzinger wishes more of his fellow Republicans would stand up, too.

“I think the long term impact of this could be devastating … It’s important to be outspoken,” said Kinzinger, who acknowledged he is “concerned” about the direction of his party. “That’s why I decided to put this on the line. We’ve lost our moral authority to be outraged.”

“When you end up where principles don’t matter, beliefs don’t matter, it’s just about who can be the loudest and kind of maintain power through raw anger and aggression, you’re no different than a lot of Latin American countries at that point,” he added.

Kinzinger has long been willing to break with Trump over foreign policy and national security issues, such as the president’s plans to draw down U.S. troops abroad. He also famously admonished the president’s “both sides” comment after the deadly protests in Charlottesville, Va. But in recent weeks, Kinzinger has pushed back on the president in increasingly aggressive ways.

In another post, Kinzinger vowed to override a potential presidential veto of a bipartisan defense bill, telling Trump “it’s really not about you.” And at one point, Kinzinger pleaded with the president to “STOP Spreading debunked misinformation… This is getting insane.”

“That’s just Adam being Adam. And the president being the president,” said fellow Illinois Republican Rodney Davis, who has served alongside Kinzinger in Congress for eight years. “If there is one thing Adam doesn’t care about, it’s being in the line of fire.”

Kinzinger remains popular in his district, though he said his office phones tend to light up anytime he bashes the president. During the 2018 cycle, Kinzinger crushed a pro-Trump challenger in the GOP primary and went on to easily defeat his Democratic opponent in the general election. This cycle, he had no Republican challenger and beat his Democratic opponent with 64 percent of the vote. He also outperformed Trump in his district by nearly a dozen points.

But Kinzinger, like his fellow Illinois Republicans in Congress, could become the target of Democratic redistricting efforts in the state next year after the 2020 census, though one Democratic operative based in Illinois said Kinzinger will likely remain safe.

Kinzinger was already open to leaving Congress at one point last year when he was in the mix to become, of all things, Trump’s Air Force secretary. The job went to another candidate who wasn’t a vocal Trump critic.

If Kinzinger does decide to leave the House, his options to run for higher office include the Senate and the governor’s mansion. But getting through a GOP primary and then winning statewide in Illinois could be a challenge, despite his reputation as a mainstream Republican with an independent streak.

“This is not going to set me up for anything,” Kinzinger said of his anti-Trump tweets. “Let’s be real: I’m a Republican in Illinois. It’s a tough state for a Republican.”

Surprisingly, Kinzinger has largely escaped the president’s public rage, unlike other congressional Republicans who are willing to buck Trump. That group includes Rep. Liz Cheney of Wyoming, a defense hawk and member of GOP leadership, as well as Sens. Susan Collins of Maine, Mitt Romney of Utah, Lisa Murkowski of Alaska and Ben Sasse of Nebraska.

But that doesn’t mean Kinzinger hasn’t faced a backlash. The White House reportedly considered excluding the crew from their annual Christmas party.

For Kinzinger, there’s no love lost there.