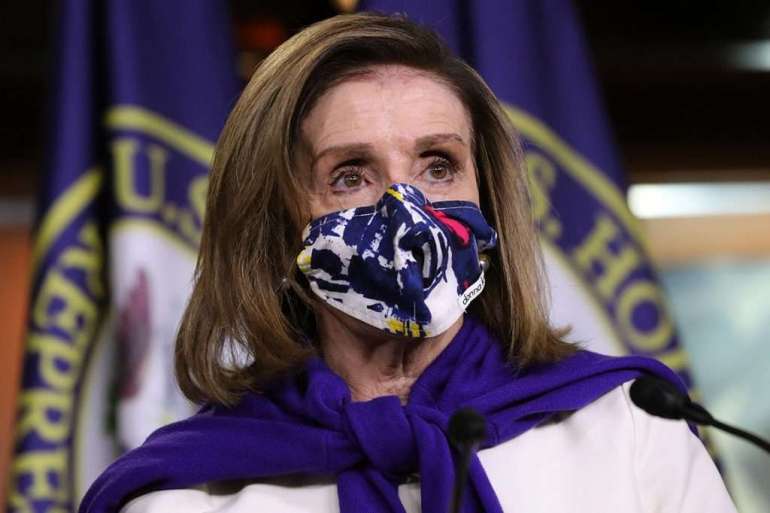 Pelosi and her allies have been ratcheting up their lobbying campaign in recent weeks to ensure House Democrats are in the Capitol that first Sunday in January. Pelosi has had help from her top deputies, House Majority Leader Steny Hoyer (D-Md.) and Majority Whip Jim Clyburn (D-S.C.), according to several sources familiar with the effort. She and her supporters have also deployed former Obama administration alumni and big donors to help squeeze undecided Democrats, in addition to influential politicians and labor leaders in lawmakers’ home states.

House Democrats are expected to hold 222 seats on Jan. 3 versus 212 for Republicans, if all members are in attendance, say lawmakers and aides in both parties. Rep. Anthony Brindisi’s (D-N.Y.) tight race against Republican Claudia Tenney may not be called by then.

According to House rules, Pelosi must win a majority of votes cast “for a person by name” of the members who are in attendance and voting. So Pelosi can afford to allow a handful of her members to vote “present,” but a vote for anyone else is more problematic. In January 2019, some Democrats cast votes for Joe Biden, Sen. Tammy Duckworth (D-Ill.) and the late Rep. John Lewis (D-Ga.), among others, as an alternative to Pelosi. With the narrower Democratic margin next year, that won’t work for the speaker.

“I think it’s a lot tougher for her this time,” said Rep. Kurt Schrader (D-Ore.), a senior Democrat who opposed Pelosi as speaker in 2019. Schrader said in an interview he’s still undecided, but several top Democrats said they expect him to support Pelosi this time.

“It’s not all black and white. Everyone wants it to be all or none but that’s not the way it works,” he added.

Pelosi’s thinner majority will require a near-perfect showing from rank-and-file Democrats to again lock down the speakership, a far more difficult task in a year when the coronavirus has sidelined dozens of members over the course of the year.

One shift in Pelosi’s favor is that she will have far fewer Democrats to flip this time around compared with her 2019 bid, when she had to confront a whole group of disgruntled rebels. That negotiation ended with her agreeing to term limits, allowing her to return to the speaker’s chair after an eight-year absence with the upcoming two years in theory her last.

But with less room for error, Pelosi and her allies have begun applying pressure with hopes of winning over several of the defectors who opposed her in the past.

The lobbying blitz hasn’t gone without hiccups. House Rules Chair Jim McGovern (D-Mass.), a Pelosi ally, angered moderates after he wrote in a letter to the caucus that a vote for anyone other than Pelosi would be a vote for “the QAnon wing of the Republican Party.”

Still, Pelosi already has flipped several key Democrats, some without any direct outreach. Rep. Jim Cooper of Tennessee, a senior Blue Dog, told POLITICO this month he would support her. Cooper voted “present” last time. Rep. Jason Crow of Colorado also plans to back Pelosi after voting for Duckworth in 2019. And Democratic sources predicted Schrader will likely vote “yes” as well. Schrader voted for Rep. Marcia Fudge of Ohio two years ago.

“I’m going to talk to anybody and everybody. I think it’s absolutely essential that we be able to elect our speaker,” Hoyer said in an interview. Asked about any floor issues, Hoyer said: “I think we’ll get there.”

At least two Democrats plan to vote against Pelosi on the floor: Reps. Conor Lamb of Pennsylvania and Jared Golden of Maine, according to several sources. A third, Rep. Abigail Spanberger of Virginia, could also vote “no,” though she declined to comment in a recent interview. All three voted for other candidates last time.

Pelosi does have one way to release the pressure valve with other swing-district moderates: Several Democrats can vote “present” instead of “no” on the floor, which would shore up her path to the speakership without putting vulnerable Democrats on the spot.

Rep. Elissa Slotkin of Michigan confirmed Thursday that she plans to vote “present” on the floor, as she did in 2019.

“I made a pledge in the spring of 2019, before I was elected. I’ve discussed that personally with [Pelosi], one on one,” Slotkin said in an interview. “That, to me, is a commitment that I made to my district. It just doesn’t change based on the ups and downs here.”

Democrats are closely circling another national security freshman, Rep. Mikie Sherrill of New Jersey, who could vote “present.” Reps. Kathleen Rice of New York and Ron Kind of Wisconsin, vocal Pelosi opponents in 2019, have also said they are undecided.

Of the 15 Democrats who voted against Pelosi on the floor in 2019, 10 survived reelection. An eleventh, Rep. Jeff Van Drew, has since switched to the Republican Party.

Making sure everyone is in attendance for several key early January votes is also on the minds of leaders of both parties. The Capitol physician has privately advised that members should be summoned back to Washington as early as Dec. 27 to ensure the House can safely hold its first vote on Jan. 3, although that is not official guidance, according to lawmakers and aides.

A single Democrat forced to stay home because of an infection or quarantine period — not to mention other health issues — could upset Pelosi’s careful balancing act. It could also complicate other key floor votes, such as the vote to certify the votes of the Electoral College for President-elect Joe Biden. That vote takes place on Jan. 6.

Lawmakers heading into the Biden administration like Fudge or Rep. Cedric Richmond (D-La.) shouldn’t affect the math; they are expected to remain in the House until Jan. 20, when Biden is sworn in.

“The only way she won’t win is — I’m always a little nervous about Covid. That’s the most frightening aspect of this. But it’s a problem for both sides,” Rep. Emanuel Cleaver (D-Mo.) said.

Top House Democrats have easily managed the outcome of floor votes amid the pandemic; any members unable to travel have simply voted remotely.

But at the start of the next Congress, none of the Democrats’ proxy voting rules will be in effect, requiring every member to be physically present to cast their vote.

Several senior Democrats have downplayed the prospects of an attendance problem.

“It is our expectation that everybody will be present on Jan. 3,” House Democratic Caucus Chairman Hakeem Jeffries of New York told reporters. “We expect to be present. Nancy Pelosi will be the next speaker.”

Democrats say even members with underlying health issues — including Reps. Mark DeSaulnier of California, who nearly died in a running accident while battling leukemia, and Alcee Hastings of Florida, who’s battling pancreatic cancer — are determined to vote. DeSaulnier told members on a Zoom call this week that he planned to attend, according to a Democrat on the call.

A small number of House Democrats privately say they are waiting on the outcome of the Covid relief negotiations before deciding whether to back Pelosi, as frustration with the stalemate mounts in their districts. But Pelosi supporters say members realize they simply don’t have the option to make a political statement with their vote.

“Clearly, people are going to have to be here,” Rep. Dan Kildee of Michigan said. “Everyone just has to say, ‘OK. We don’t have this messaging option left anymore.’”

Ally Mutnick contributed to this report.