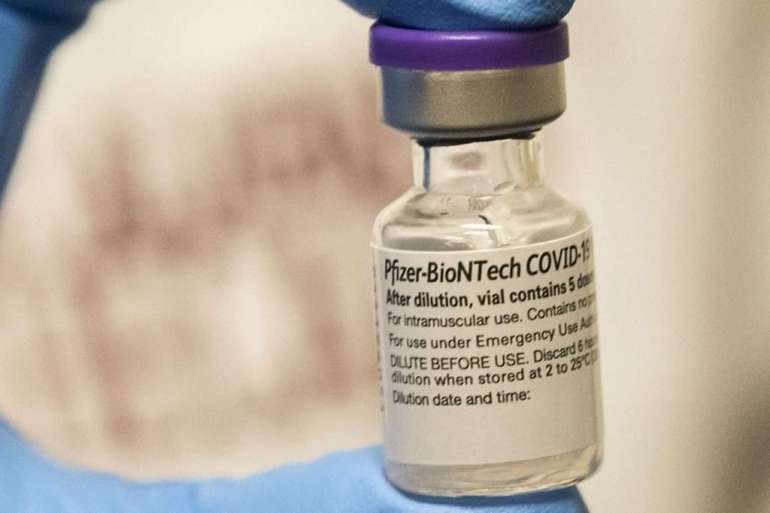 The federal government has not publicly announced the guidance; Pfizer learned of the change this afternoon.

The Pfizer vials are supposed to hold five doses, but pharmacists have found they have enough for a sixth or even a seventh dose. Putting those into use could significantly increase the United States’ scarce early supply of the shot, reducing the likelihood of a “vaccine cliff” this spring as demand outpaces supply.

Manufacturers typically overfill vaccine vials to safeguard against spills and other waste, said Erin Fox, a pharmacy expert at University of Utah who monitors drug shortages. “It’s pretty unusual to have a full extra dose or more though — but it does seem to be there!” she said in an email.

But many pharmacists, left confused without federal clarity, threw away hundreds of extra doses since vaccinations began on Monday. In Utah, Fox said, pharmacists are advised to stick to the FDA emergency use guidelines, which dictate that there are five doses.

“The amount of vaccine remaining in the multidose vial after removal of 5 doses can vary, depending on the type of needles and syringes used,” Pfizer spokesperson Sharon Castillo told POLITICO. “At this time, we cannot provide a recommendation on the use of the remaining amount of vaccine from each vial. Vaccinators need to consult their institution’s policies for the use of multidose vials.”

Both Pfizer and FDA said that leftover vaccine from multiple vials should not be mixed, because of the contamination risk.

Former Obama administration acting CMS chief Andy Slavitt tweeted about the potential vaccine wastage on Tuesday and insisted that Pfizer is now submitting paperwork to let pharmacists use the extra doses if they are available.

“I think this is more clever pharmacists than something missed by Pfizer,” he told POLITICO.

Castillo said that Pfizer continue “to closely coordinate with the FDA on this matter.”

The possibility of more doses in the existing Pfizer supply comes amid pressure from the U.S. government, after passing on options to buy more this fall, for the company to provide additional shots early next year. HHS Secretary Alex Azar said Wednesday that the administration is negotiating with Pfizer for more than the 100 million doses it originally promised, but Pfizer CEO Albert Bourla has said the company cannot provide those shots until this summer.