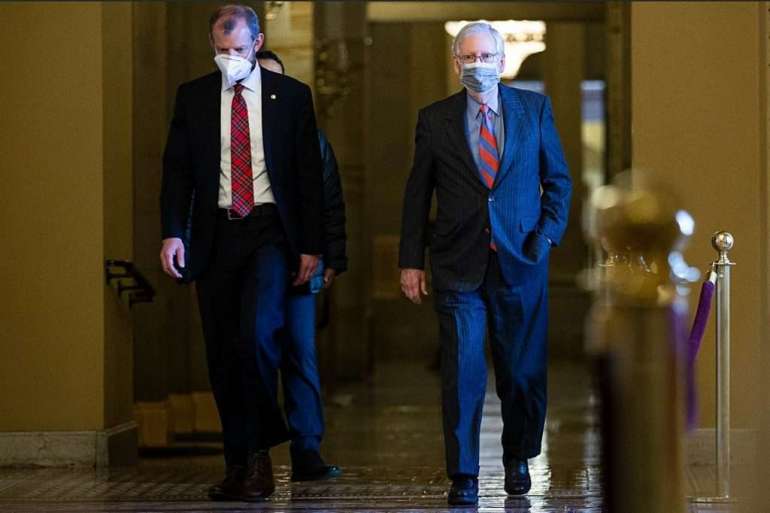 “Some nomination votes… are going to go down today because we have 12 absences and so we’ll have to do motions to reconsider to try and resurrect them,” said Sen. Roger Wicker (R-Miss.). “While we’re negotiating other things, we’re trying to get a few confirmations.”

Senate Majority Leader Mitch McConnell (R-Ky.) voted against the nominees, a move that allows him to bring them back to the floor whenever he wants.

The Senate convened for an unusual weekend session Saturday, as Democratic and Republican leaders attempted to reach a final agreement on a coronavirus relief package before government funding runs out on Sunday.

In addition to the 12 Senate Republicans who were absent, Vice president-elect Kamala Harris (D-Calif.) also did not attend the Saturday session.

The Senate’s inability to move forward on the Johnson nomination, even if temporary, was a win for Sen. Maria Cantwell (D-Wash.), the top Democrat on the Commerce Committee, who urged senators to vote against him.

Wicker, who chairs Commerce, retorted that Johnson received a “unanimous bipartisan vote” from the committee but noted the Senate was the “victim this afternoon of some absences.”

The Senate was able to confirm a Federal Claims Court nominee and voted to move forward on a member of the Board of Directors of the Tennessee Valley Authority. Throughout the lame duck session, Senate Republicans have focused on continuing the confirmation of nominees who will outlast Trump.