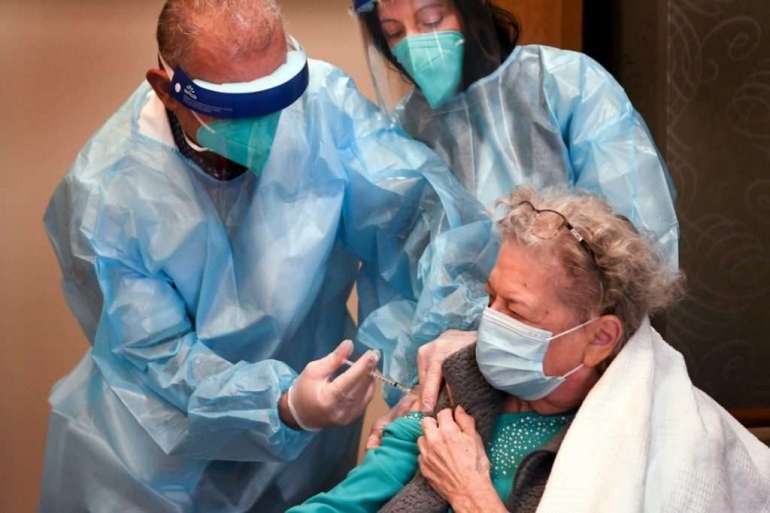 “This isn’t black and white,” Amanda Cohn, ACIP’s executive secretary, said of the recommendations. “It will vary by local context.”

The vote comes just one day after the panel endorsed the use of Moderna’s coronavirus vaccine for Americans 18 years and older. CDC Director Robert Redfield has approved the recommendation, an agency official confirmed to POLITICO, paving the way for Moderna’s vaccine to be the second administered to Americans as soon as Monday.

Some disagreement on priorities: There has been widespread agreement that the nation’s 24 million health care workers and nursing home residents and staff should be inoculated in the first vaccination group, known as 1a.

However, the panel on Sunday sought to resolve broader debate over who should be in the next two tiers, known as 1b and 1c. Groups representing frontline workers have been vigorously lobbying for priority designation, arguing their members are at heightened risk of contracting a virus that’s killed over 315,000 Americans.

The new ACIP recommendations for the 1b group cover 30 million people considered frontline essential workers — including cops and firefighters, school staff, food workers, and public transit and postal workers, among others — as well as 19 million seniors 75 years old or older.

ACIP agreed the following vaccination round, 1c, should include remaining seniors under 75, other essential workers and people between the ages of 16-64 with high-risk conditions.

Several ACIP members throughout Sunday’s five-hour meeting raised concerns about how to prioritize these later groups, which encompass an estimated 130 million people and will likely take months to inoculate. The Trump administration has projected it will take until the end of February to vaccinate the first 100 million people in the U.S.

Henry Bernstein, chief of pediatrics at Northwell Cohen Children’s Medical Center, who was the lone ACIP vote against the recommendation, said he believed all adults 65 and older should have been moved to the 1b priority group, given the high mortality rate among seniors.

Panel member Grace Lee, the associate chief medical officer for practice innovation at Stanford’s Lucile Packard Children’s Hospital, proposed postponing a vote on 1c because there isn’t enough clarity on how to prioritize within that group. She later withdrew that motion, however.

More guidance coming: Nancy Messonnier, director of the CDC’s National Center for Immunization and Respiratory Diseases, successfully argued against delaying a vote on 1c, promising that the public health agency will provide additional guidance to states on prioritization. ACIP members said they expected that guidance will come as soon as this week.

“I clearly heard the need to sub-prioritize based on age groups and we understand the need to be more clear about the high risk medical conditions,” Messonnier said, raising concerns that putting off a vote would hinder states and local health departments’ planning efforts.