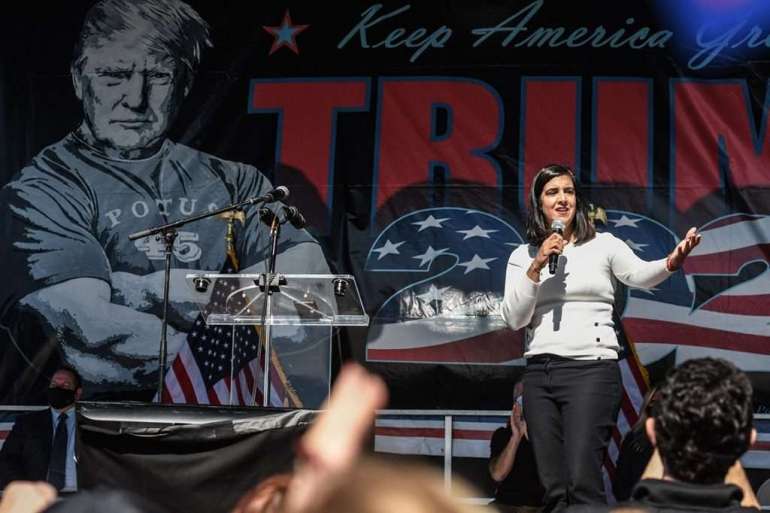 They all belong to a high-profile freshman class that includes a record-breaking number of women and minorities for the House GOP. And with their diverse backgrounds and already-impressive Twitter followings, the Force could have an outsize impact as Republicans look to take back the House in 2022 — particularly as some are itching to do battle directly with the Squad.

Some incoming lawmakers already have star power in the GOP; Kim and Steel were tapped to campaign in the Georgia Senate runoff races, where they hope to appeal to the rapidly diversifying communities in the Atlanta suburbs that have begun trending toward Democrats.

“I want to be different. I don’t want it to be the same old, same old. This is a new Republican Party,” said Rep.-elect Nancy Mace of South Carolina, the first woman to graduate from The Citadel. “We have to be different if we want to survive and be successful in the long-term.”

As members of the Force build up their political and social media brands, they’re taking cues from an unlikely, but familiar, source: Squad leader Rep. Alexandria Ocasio-Cortez.

The New York Democrat has offered up a blueprint for how freshmen, who typically hold little powerful in the halls of Congress, can still exert influence by leveraging their loyal grassroots base. The Squad also includes Reps. Ayanna Pressley of Massachusetts, Ilhan Omar of Minnesota and Rashida Tlaib of Michigan.

Many members of the GOP Force — who, like the Squad, are mostly young and female — have even adopted Ocasio-Cortez’s pull-back-the-curtain style of politics. Ocasio-Cortez is known to post videos as she preps meals while casually discussing legislation coming to the floor.

Mace recently documented her journey through freshman orientation, which included getting lost in the Capitol building and racing across the campus. Salazar, who is credited with coining the Force moniker, posted a picture of the female group members with the caption: “We’re all working moms & we’re a true FORCE to be reckoned with!”

And earlier this summer, Salazar, a former broadcast journalist for Telemundo, got nearly 600,000 views on a Twitter video in which she recorded herself in the Goya aisle of a grocery store blasting Ocasio-Cortez for pushing a boycott on the company for its leadership’s support for Trump.

“Like a lot of things with branding, it just started sticking,” Rep.-elect Ashley Hinson (R-Iowa) said of the group’s nickname. “I think the entire class is the Freedom Force.”

Asked about the GOP’s incorporation of some of her own messaging tactics, Ocasio-Cortez said, “Imitation is a high form of flattery, right? So, I’m glad they think that way of me.”