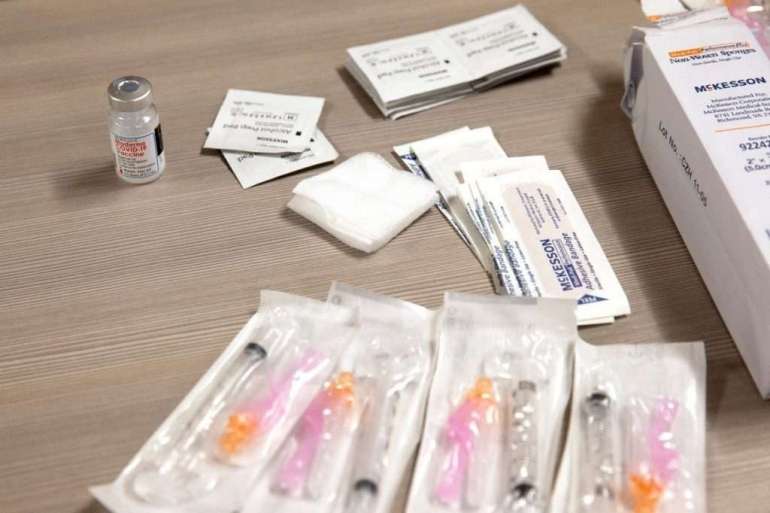 His remarks came amid intensifying concern that the Covid vaccine distribution has been slower than expected, with the Trump administration missing its initial goal of vaccinating 20 million Americans by the end of 2020. So far, just over 4 million Americans have received their first of two Covid shots, and another 13 million doses have been delivered to states, according to the CDC.

Federal officials have said the U.S. will need to vaccinate roughly 80 percent of the population to achieve herd immunity against the coronavirus and are looking for ways to quickly ramp up immunization efforts as cases continue to soar. The U.S. has reported more than 20.4 million cases and 350,000 deaths so far.

Earlier Sunday, top federal infectious disease expert Anthony Fauci cautioned that the government shouldn’t deviate from the doses and schedules used in clinical trials on the vaccines, adding that distribution efforts need to be more efficient.

“We know what the science tells us,” Fauci said on NBC’s “Meet the Press,” without directly addressing Slaoui’s suggestion. “So my feeling … is let’s do it the way the clinical trials have instructed us to do it. But let’s get more efficient into getting it into people’s arms.”

Fauci and Surgeon General Jerome Adams said they are working with governors to ramp up vaccinations.

“We have to understand that this virus also occurred in the midst of a surge. And a lot of the local capacity to be able to vaccinate was being used for testing and responding to surges,” Adams said on CNN’s “State of the Union.” “But the good news is that we’re seeing it quickly ramp up, thanks to our state partners. “

The U.S., like most countries, has held back half of its supplies of Covid vaccines from Pfizer and Moderna, to ensure that everyone who received their first dose receives the second dose. Meanwhile, the U.K., last week shifted its guidance to get as many people as possible their first dose, while potentially delaying the second dose, sparking concern among scientists who say there is no evidence to suggest the vaccine is effective without completing the full regimen.

Slaoui balked at the idea of taking a similar approach in the U.S., saying it would not be responsible to give initial doses without ensuring people get their second dose without data to back it up.