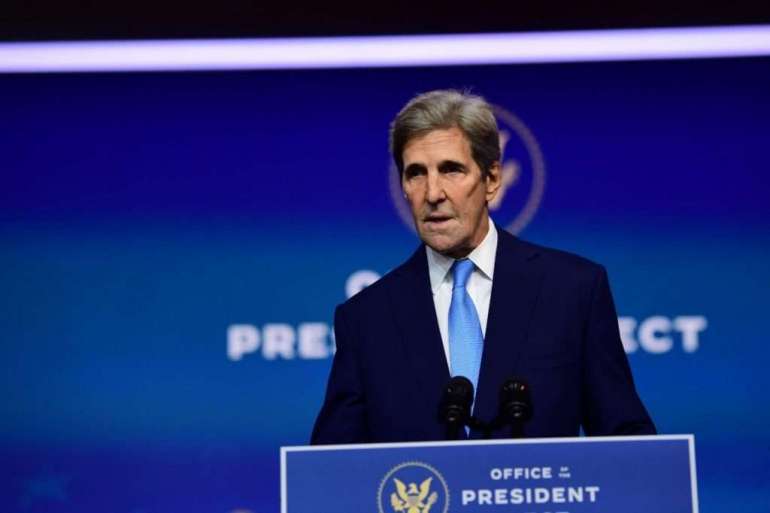 Sue Biniaz, a longtime career State Department climate official, already has accepted a job to work on Kerry’s staff, according to a person familiar with the move. Biniaz, who was the chief lawyer working on the Paris climate accord, did not return a request for comment.

Jonathan Pershing, who was the State Department special climate envoy under Obama, is also in discussions for a top role with Kerry’s team, according to three people familiar. Pershing is currently at the Hewlett Foundation, and two people said he would likely only leave the philanthropy for one year if he takes a post. Pershing did not respond to an email for comment.

The new team will elevate climate change to new levels within the U.S. federal government by putting Kerry in the same room as Biden, Vice President-elect Kamala Harris and Cabinet secretaries, keeping the topic on the table as they consider major foreign policy and national security issues.

The State Department’s climate office, largely located within the Bureau of Oceans and International Environmental and Scientific Affairs, typically numbered more than 40 members during the Obama administration. It has fallen to fewer than 30 people under President Donald Trump, those people said. Kerry also will likely tap staff from other departments, such as the Commerce Department and U.S. Trade Representative, to infuse climate across agencies with an international-facing portfolio.

Kerry will also need to coordinate across other agencies with sizable climate roles, such as the Defense Department. The Pentagon had a deputy undersecretary of defense for environmental security under Obama, but the Trump administration dismantled much of that support structure, said Michele Flournoy, Obama’s Pentagon policy chief. Lawmakers in the fiscal 2021 defense policy bill created a new assistant secretary for energy, installations and environment, which could help streamline the efforts.