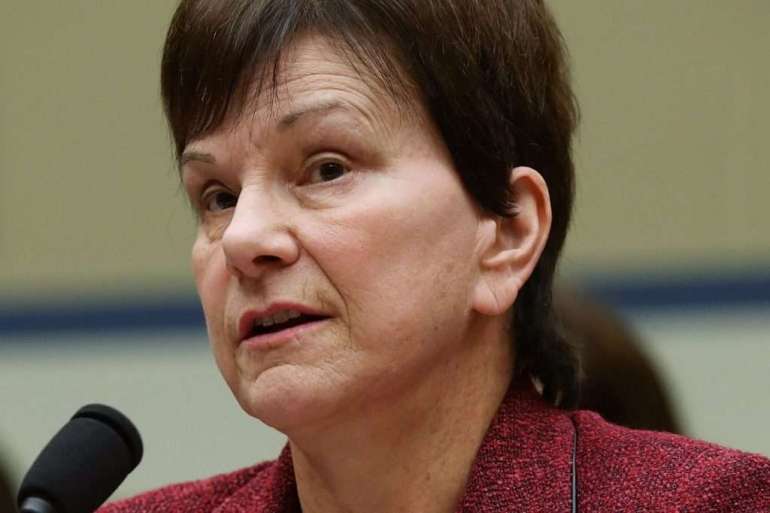 Adding to the complexity, Xavier Becerra, Biden’s pick to lead the Health and Human Services Department that oversees FDA, wants a say in the commissioner choice, said two people familiar with the discussion.

“The role of FDA commissioner is an incredibly important one. It will require someone battle-tested, experienced, and right for this moment, as the FDA Commissioner will play a critical role in our COVID response and a safe vaccination process,” said a Biden spokesperson. “We look forward to sharing this news soon.”

The administration has cast the coming days as a tryout for acting FDA commissioner Janet Woodcock, a longtime drug regulator and career civil servant viewed as the frontrunner for the permanent job, according to six people familiar with the deliberations. But acting commissioners rarely set their own agendas or priorities. That could lower the agency’s profile at a time when public health experts say FDA should emphasize its transparency and accountability to build public confidence in the vaccination effort. The agency is expected to authorize additional Covid-19 vaccines in the coming months.

“An acting FDA commissioner would normally be a worry, because the agency needs a strong, independent leader in this time of crisis and political strife,” said Robert Califf, an Obama administration commissioner. “However, if any acting commissioner can do it, Janet is the person.”

Woodcock spent the last several months embedded in the Trump administration’s all-out effort to develop Covid-19 vaccines and drugs. Now she’ll run the FDA’s immediate pandemic response as the Biden team mulls its long-term plans for the agency. Beyond the pandemic fight, FDA regulates medicines, foods and medical devices that account for 20 cents of every dollar Americans spend.

“We can’t have the person running the agency spend all their time learning the agency,” said a senior HHS official. “There is too much to do to keep managing the pandemic.”

In addition to Woodcock, the new administration is considering former Obama-era senior FDA official Josh Sharfstein and current principal deputy commissioner Amy Abernethy for the role, according to a half-dozen people familiar with the process.

Sharfstein led the Obama transition at FDA and was considered for the top post at the time. But former FDA officials describe him as someone with “sharp elbows” who sometimes clashed with career staff — a reputation that has dented his candidacy with some longtime Biden allies, four people said.

President Joe Biden is promising a complete reversal of the problems that plagued the Trump administration. But one is sure to stick around: the coronavirus pandemic.

Abernethy, meanwhile, was brought into the agency by Trump-era commissioner Scott Gottlieb to modernize FDA’s technology and data. While officials including outgoing chief Stephen Hahn have applauded her progress on that front, Biden staff worry she has not been deeply involved enough in the agency’s day-to-day coronavirus response — especially when compared with Woodcock, according to two people familiar with the discussion.

The Biden administration is also likely to seek input from Democrats on the Senate Health, Education, Labor and Pensions Committee, further underscoring the desire for a quick confirmation process.

Becerra, who as HHS secretary would be the eventual FDA chief’s boss, will have some input on the selection but is not likely to be the central decision-maker. That’s raised concerns among Democrats and people close to the FDA, especially in the wake of an extraordinary months-long feud between Trump’s top health officials that hampered the overall pandemic response.

But Biden’s personnel decisions to date have largely been driven by a White House that’s set to lead the administration’s Covid-19 response and shape its policy ambitions over the next several months.

Woodcock, who has been at FDA for nearly four decades, took up the acting commissioner role on Wednesday. The drug chief has occupied a range of roles at the agency including positions in the commissioner’s office. As a close ally of Kessler, the former FDA chief now leading Biden’s vaccine distribution efforts, and a longtime FDA official under both Democrat and Republican administration, she’s seen as a popular leader who could easily win Senate confirmation.

Choosing Woodcock would have the added benefit of putting a trusted career official in charge of an FDA workforce that faced constant political pressure under former President Donald Trump, who accused scientists and outgoing Hahn of slowing down progress on coronavirus drugs and vaccines to hurt his political chances. Woodcock also served as a key point of contact for the Biden transition team, meeting regularly with them over the last few months.

But there have also been concerns that the 72-year-old is set on retiring soon. Woodcock told POLITICO that taking the acting commissioner role changes any retirement timeline. “We shall see what the future brings,” she said, declining to discuss conversations with the Biden team about the permanent post.

Still, two people with knowledge of Woodcock’s thinking said she would put off retirement for the opportunity to run the FDA. And in recent weeks, Biden transition officials have discussed with FDA career staff whether Woodcock could legally hold the acting commissioner role while also being the nominee for the permanent job, a former FDA official said.

It’s possible, said Califf and Bush administration commissioner Mark McClellan. There are typically acting commissioners during the nomination process because it can drag on.

“Everybody knows Janet’s qualifications and approach to issues, so I think those practical issues are less important,” said McClellan. “Hopefully since we’re in pandemic times now and the unprecedented public health emergency, that would get to rapid action if Janet Woodcock were to be nominated.”

Presidents Trump and Obama each nominated their first FDA commissioners in March of their first year in office, said Steve Grossman, deputy executive director of the Alliance for a Stronger FDA. “In each case, the acting commissioners did fine and there is no doubt in anyone’s mind that Dr. Woodcock will do a fully capable job during any interim period.”

But the pandemic has sharpened the focus on issues before the agency, said the two former commissioners.

“Sooner is better,” said McClellan. “Sooner is especially better in a public health emergency. We’re not done with this pandemic by any means.”