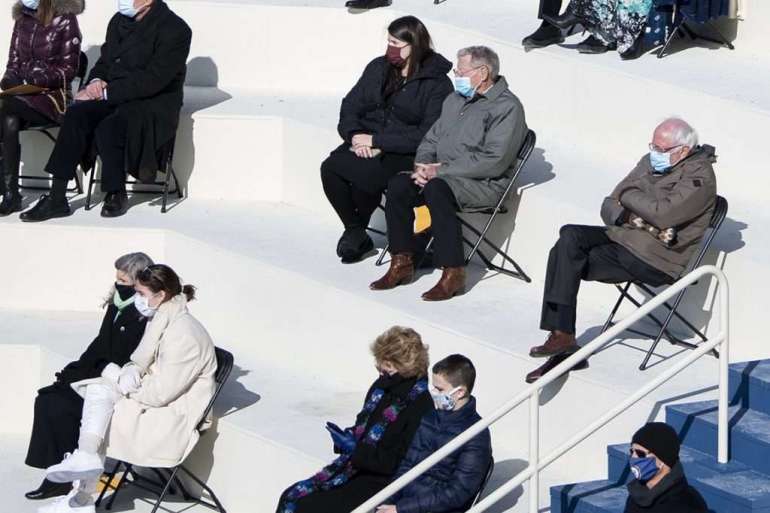 When asked by CNN’s Dana Bash on “State of the Union” on Sunday about the photo and subsequent memes, Sanders said he’s “having fun” with the viral moment. He added that he’s turned the image into sweatshirts and T-shirts, which he’s selling in his campaign store, with 100 percent of the proceeds going toward Vermont charities focused on fighting hunger.

“What we’re doing here in Vermont is, we’re going to be selling around the country sweatshirts and T-shirts. And all of the money that’s going to be raised, which I expect will be a couple of million dollars, will be going to programs like Meals on Wheels that feed low-income senior citizens,” Sanders said. “So, it turns out, actually, to be a good thing, and not only a fun thing.”