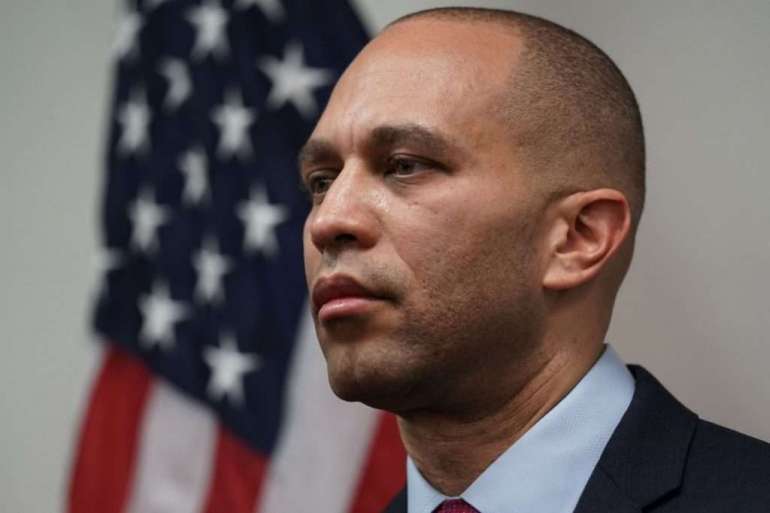 Jeffries identified himself on Tuesday as the lawmaker in the complaint. Speaking with MSNBC’s Chris Hayes, Jeffries said his brother received the message just as members were being evacuated from the Capitol as armed rioters stormed the building to stop the certification of President Joe Biden’s election. President Donald Trump was impeached the following week on a charge of inciting the insurrection, and several of the rioters publicly said they were motivated to storm the Capitol because of Trump.

Trump had, for months, sown doubt about the legitimacy of the 2020 election, presenting conspiracy theories and falsehoods that Democrats had swindled the win away from him. Biden won both the popular vote and the Electoral College, and election officials of both parties across the country said there was no evidence of any widespread irregularities.

“What was chilling in the message that was received is that this individual said, ‘Stop telling lies. Biden did not win. He will not be president,’” Jeffries told Hayes on Tuesday. “And so he was radicalized by the big lie that Donald Trump told and that has been supported by so many Republicans in the House and the Senate.”

A New York-based relative of an unidentified journalist also received a threatening message from Lemke, according to the complaint.

“Words are putting you and your family at risk,” the message said, according to the complaint. “We are nearby armed and ready. Thousands of us are active/retired law enforcement, military, etc. That’s how we do it.”

Trump has repeatedly referred to journalists as the “enemy of the people,” and several reporters at the Capitol during the attack have said they were assaulted and their equipment destroyed.

Lemke was arrested in Bay Point, Calif., according to a Justice Department news release. He was charged with making threatening interstate communications, which can carry up to a five-year prison sentence.

“Rather than peaceably disagree, Lemke allegedly threatened to harm those individuals’ families, demanding they retract their statements,” Manhattan U.S. Attorney Audrey Strauss said in the release. “The electoral process is the essential mechanism through which our democracy functions. While in any election it is inevitable that some will be disappointed in the result, threats of violence cannot and will not be tolerated.”

Lemke claimed in his messages and on social media to be a former law enforcement officer or military veteran, according to the complaint. His Facebook profile and phone records indicated he was a former member of the Alameda County Sheriff’s Department, the complaint said. But the department issued a statement on Tuesday denying any connection with Lemke.

“There is very false information on social media that a Robert Lemke worked for the Alameda County Sheriff,” the department said. “This information has proven to be untrue by the FBI and our agency.”