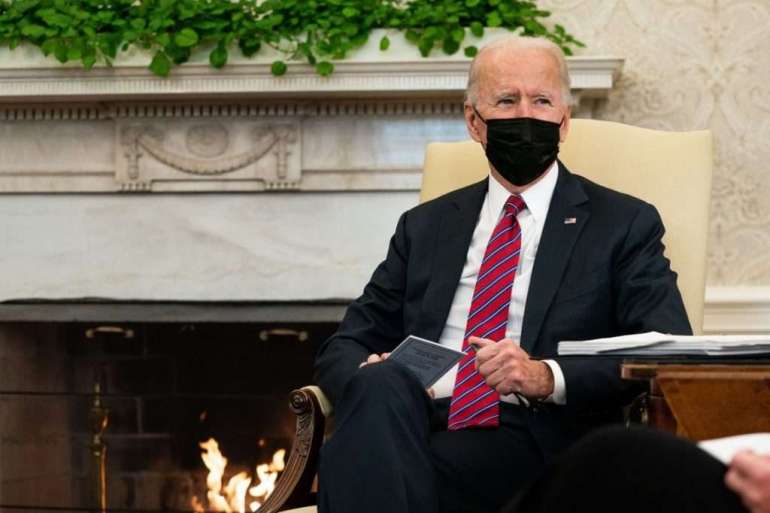 With much of the country struggling under the economic slowdown from the pandemic, there is no shortage of targets. Environmental organizers from low-income and communities of color across the country are linking up with mainstream green groups to identify their needs — and the list goes far beyond traditional environmental concerns to include things like personal protective equipment, community health centers and affordable housing.

With such a large amount of money at stake, it immediately raises fears about whether it will reach the intended areas.

“I’m very concerned about how that 40 percent is administered,” said Peggy Shepard, executive director with WE ACT for Environmental Justice, a group that’s in frequent contact with Biden’s team. She pointed to criticisms in California about the 35 percent share of the $5 billion raised from the state’s emissions trading program that’s intended to be directed to hard-up communities. “They don’t always know where it’s gone,” she said.

That type of accountability will be critical for a program that’s certain to draw scrutiny from fiscal conservatives and Republicans opposed to big government programs.

Those concerns are front and center for lawmakers like Rep. Donald McEachin (D-Va.), a Biden ally who has been working with outside groups on the issue.

“Making sure that 40 percent ends up on the target and doesn’t get siphoned off to some area that no one could possibly imagine being an [environmental justice] community is going to be the great challenge of this Congress,” he told POLITICO.

Already, there is some confusion. The White House noted its executive order does not call for spending 40 percent of the money in environmental justice communities, instead calling for such place to receive that share of “overall benefits.”

“It’s not 40 percent of dollars, it’s 40 percent of benefits going toward disadvantaged communities,” a White House official told POLITICO. The official said the administration has not yet determined how to measure those benefits from a monetary standpoint.

What Biden’s Jan. 27 executive order lacks in specifics, it makes up for in ambition. Among promises to protect large swaths of land, create a new civilian conservation corps and deliver help to suffering coal-producing regions, its call for 40 percent of spending to go to disadvantaged communities for an array of projects: investments in clean energy and energy efficiency; clean transit; affordable and sustainable housing; training and workforce development; the remediation and reduction of legacy pollution; and the development of clean water infrastructure.

But there’s little clarity on how to identify which communities would qualify for those benefits.

Shepard is working with organizations through the Equitable and Just Climate Platform, which includes big green organizations like the Sierra Club, Natural Resources Defense Council and League of Conservation Voters, and local and regional groups focused on environmental justice that advocate for communities most heavily affected by pollution and disinvestment. Others outside that coalition, including academics, are also working out what data, social indicators and programs merit consideration.

McEachin said the definition of communities eligible for funds is still being “wordsmithed,” and he hoped it would focus on “historically discriminated-against frontline communities who have borne the brunt of pollution,” regardless of race.

The executive branch and Congress must provide oversight so funding isn’t abused or wasted, McEachin added. “There are always going to be folks who try to take advantage of the system,” he said, “and it’s our jobs to make sure that doesn’t happen.”

CEQ’s Martinez said the definitions for which communities and priorities receive funding are being “sorted out,” with input from people on Capitol Hill along with environmental groups inside and outside Washington, D.C.

At the White House, Martinez, domestic climate chief Gina McCarthy and her deputy, Ali Zaidi, are playing key roles. The Office of Management and Budget is also involved. David Kieve, who led outreach to environmental groups during the campaign, has continued that role as part of the administration.

So far, lawmakers who want to weigh in have received little direction from the administration, though a House Democratic leadership aide said there have been some initial talks with White House officials.

“They’re just getting staffed up,” said the aide, who asked for anonymity to speak candidly about conversations with the administration. “These are things that we know are on the list of things to talk about but haven’t grappled with them about in detail yet.”

Tasking Congress to put Biden’s plan into action is already running into hurdles. While the administration is showing signs of flexibility on its proposal for a $1.9 trillion pandemic relief package, some Democrats are eyeing budget reconciliation to move it through Congress, since that requires only a simple majority vote in the Senate. But that tool’s rules likely prevent Congress from carving out spending for specific populations, potentially making the plan to help disadvantaged areas specified in the executive order off-limits.

“I don’t think that it’s impossible. I think that it’s going to be difficult,” a Senate Democratic aide who has been involved in the discussions said of the targeted money for disadvantaged communities.

Still, the administration might have some discretion in how its disburses the funds from agencies, the staffer added.

“This is a commitment from the president so there are a lot of levers in terms of how the administration chooses to implement these programs once they’re created,” the person said.

The administration will surely be keeping track. Its climate executive order also called for the Office of Management and Budget to compile and publish a public scorecard regarding its environmental justice spending efforts.

How it will tally those wins is unclear. McEachin, for example, said only green initiatives should count toward Biden’s 40 percent goal, while some local organizers believe funding for essentials like healthcare provision should count in areas that suffer from significant health ailments tied to pollution.

“It doesn’t appear to be that there is a very neat answer,” said Julian NoiseCat, vice president for policy and strategy at progressive think tank Data for Progress. “It’s certainly true that a lot of people are thinking about this.”

Some Hill staffers who spoke with POLITICO suggested the limited flexibility that would be available through budget reconciliation means their safest route for achieving Biden’s target is increasing spending for programs that have traditionally flowed to low-income and communities of color, such as the Energy Department’s weatherization assistance program.

But that won’t cut it, said Harold Mitchell, a former South Carolina state representative who has been working with the Biden administration on their plan.

“Some folks [in disadvantaged areas] didn’t even know certain programs in certain agencies existed. So from that standpoint, how do you fix something that wasn’t utilized?” said Mitchell, who now runs environmental justice organization Regenesis Community Development Corporation.

Mitchell said Biden has done a good job in winning over local organizers who were skeptical of his intentions after he locked up the Democratic nomination last spring, and that engagement from his team has remained constant. Securing that local level buy-in will be key for raising grass-roots pressure, particularly in Republican-led states that might resist the climate spending efforts like they did with Obama’s 2009 federal stimulus, Mitchell said.

Part of that exercise has included hearing directly from communities, the White House’s Martinez said, and many of their needs are not narrowly environmental in nature. Activists say the federal government’s only tool for identifying problem areas, the EPA’s EJSCREEN, is inadequate, since It only weighs concentration for one pollutant across one demographic at a time.

That prompted the Biden administration to form separate interagency groups on environmental justice as well as public health and equity to assess the interconnected web of pollution, health, housing and income conditions affecting certain communities.

It also called for expanding the EJSCREEN tool to account for more data and to measure cumulative ways in which pollution, economics and social indicators like race are linked, building off similar models in states like New York, Washington, Maryland and California.

That endeavor is, in a word, complicated.

“Everybody’s not facing the same problem, issue, around the country. I think that’s the beauty of them at least taking the time to get it right,” Mitchell, of South Carolina, said. “This is serious, under-the-microscope examining the problem to make sure that the antidote that goes in is going to fix the problem.”