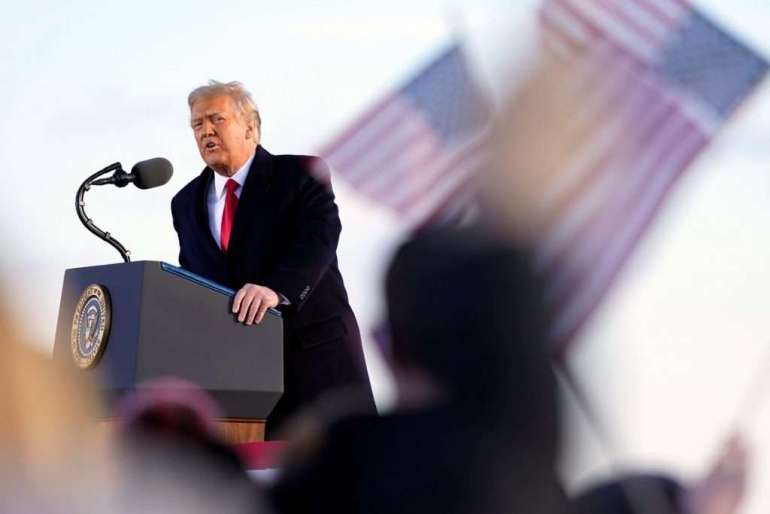 Of course, Republicans don’t want to hold a trial for a former president in the first place, arguing it’s not a constitutional exercise of the Senate’s authority — a disputed legal position that undergirds Trump’s defense strategy against the House’s charge that he willfully incited the insurrection at the Capitol.

POLITICO’s James Arkin breaks down why the 2022 Ohio Senate race will be a bellwether of Rust Belt politics in the post-Trump era.

But they see the outcome of the trial, which begins on Tuesday, as a reflection of Trump’s viability and influence in the GOP moving forward. And they believe a conviction, which would require the support of at least 17 Republican senators, would simply embolden Trump and enrage his base in a way that hurts the party in 2022 and 2024.

“He does a pretty good job of being a victim,” a GOP senator, who requested anonymity to candidly address the internal party dynamic, said of Trump. “If he were to be convicted, there would be an uproar among his supporters. And it would probably energize them.”

Ahead of the trial, Republicans are predicting that no more than a handful of GOP senators will join Democrats in voting to convict Trump, especially after 45 out of the 50 Republicans in the chamber voted last month to declare that the Senate has no jurisdiction over a former president.

Trump’s allies are already dreading the trial, though, fearful that a public discussion of the events of Jan. 6 — in which a pro-Trump mob stormed the Capitol after the then-president rallied with them at the White House — could damage Trump long-term. GOP senators acknowledged those risks for Trump, even as the trial is shaping up to be a referendum on his standing in the party.

“It’s going to be aired as publicly as it can be, and it’s based upon recent events,” Sen. Mike Braun (R-Ind.) said. “So I think how he comes out of it, how he rebuilds, I’m not sure where that goes. That’s going to be up to him.”

To Democrats, an elevated retelling of the events of Jan. 6 is the next-best option to further ostracize Trump given that a conviction is highly unlikely. While Senate leaders are still haggling over the trial’s parameters, the House impeachment managers will likely be permitted to use videos and other visuals to make their case — a serious advantage for Democrats given that much of their case relies on Trump’s public statements and other available footage from the riots at the Capitol.

“One of the most powerful reasons for a trial here is the public airing of Donald Trump’s really heinous criminal wrongdoing and his criminal intent,” said Sen. Richard Blumenthal (D-Conn.), a former prosecutor and state attorney general. “A trial airs a tableau of evidence and proof that can change the way people think about … the individual who is on trial. Even when someone is acquitted, they may still be haunted by the facts that come to light at a trial.”

Republicans have already signaled their uneasiness with Trump’s lawyers, who in an initial filing last week advanced the former president’s unsubstantiated claims that the election was stolen from him. There is widespread concern among Republicans that the arguments on the Senate floor will turn into a re-litigation of Trump’s false allegations of election fraud — a discussion that GOP senators aren’t interested in having, as most of them try to move past Trump.

“I think this trial will tell us about what the GOP wants to be going forward,” added Sen. Elizabeth Warren (D-Mass.). “Donald Trump did not just drop out of the sky. Everything that he represents has its roots in earlier iterations of the Republican Party.”

With expectations already set, Democrats are already telegraphing a shortened trial that punts on the question of whether to subpoena witnesses, with many in the party worried that this week’s exercise will distract from President Joe Biden’s legislative and governing agenda, especially if it’s elongated by new witness testimony.

Sen. Chris Coons (D-Del.), perhaps Biden’s closest confidant in the Senate, said that during his hour-long meeting with the president last week, “We did not talk about impeachment.” Biden, Coons said, is “relentlessly focused” on delivering coronavirus relief to Americans, as well as countering China and Russia.

Coons was one of a few Democratic senators who balked at the idea of the House impeachment managers seeking to call Trump in as a witness for the trial, calling it a “terrible idea.” The Delaware Democrat, like many others in the party, is eager to get the trial in the Senate’s rear-view mirror.

Republicans, too, want to get through the trial as quickly — and painlessly — as possible. Apart from arguing that the proceedings are unconstitutional, they have not mounted a substantive defense of Trump’s actions. Many of them have already publicly said they believe Trump’s rhetoric was reckless and irresponsible.

Focusing on a procedural defense, though, allows Republicans to defend the most popular figure in their party without having to justify the alleged conduct at the heart of the House’s impeachment case.

“I think most of the focus is going to be on the constitutionality and the precedent set by trying a former officeholder,” Sen. John Cornyn (R-Texas) said.

Other Republican senators have tried to appeal directly to Biden’s desire to work on legislation that has a tangible impact on Americans reeling from the pandemic and sluggish economy — rather than pursuing what they view as an attempt at partisan retribution against a former president whose influence can target those who vote to convict him.

“The whole thing is stupid,” Sen. Marco Rubio (R-Fla.) said. “I know this: Nothing we do next week on that floor is going to help people get vaccines or more people keep their jobs. We should be focused on that instead.”

Of course, not all Republicans want Trump to fade into the background. Several GOP senators have directly benefited politically from Trump’s backing, and see little or no downside if Trump’s wing of the party prevails in the coming years.

In fact, some of their political fortunes are dependent on Trump’s continued involvement in the party, especially given his outsized impact on turnout among the GOP base. And many of those same Republicans worry that some of Trump’s voters might not turn out when he isn’t on the ballot.

“I think this idea that congressional Republicans secretly hate Trump is a partial fiction,” said Sen. Chris Murphy (D-Conn.). “I think a lot of them have done very well by him and his movement, and are not looking forward to him disappearing.”