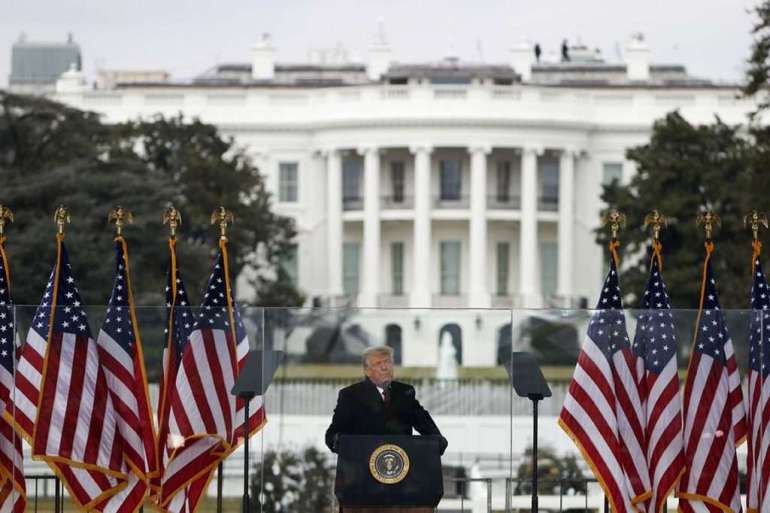 Then-state Rep. Vernon Jones, a Democrat in the Georgia House of Representatives, switched parties on the rally stage, saying he was “coming home to the Grand Old Party.”

He warned Democrats not to fight Trump’s election challenge, saying “they’ve awakened a sleeping giant” among the president’s base. He thanked MyPillow CEO and ardent Trump supporter Mike Lindell for guiding him away from “these demon Democrats.”

Jones was one of the rare Democrats to endorse Trump in the lead-up to the 2020 election — a decision that pushed him to nearly resign from the Georgia Legislature in April 2020. But he stood by his endorsement and tweeted at the time that “an uprising is near.”

Jones withdrew from the June 9 Democratic primaries in his district and left the state Legislature soon after the “Stop the Steal” rally.