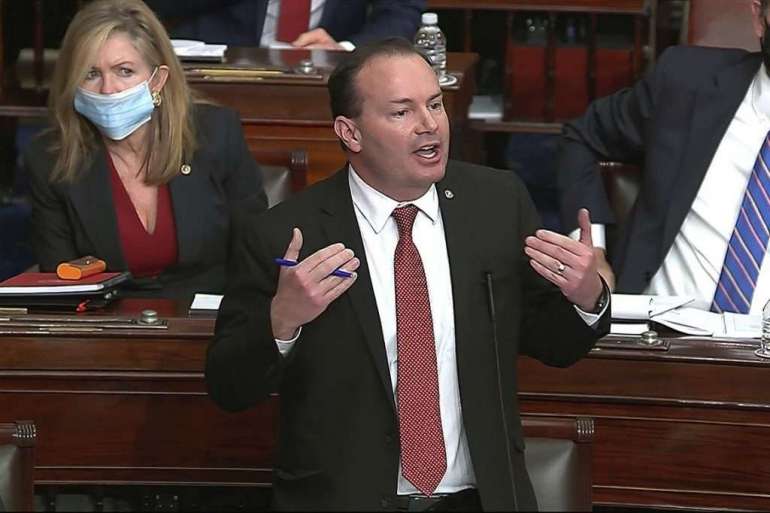 In this image from video, Sen. Mike Lee speaks during the second impeachment trial of former President Donald Trump in the Senate at the U.S. Capitol on Wednesday. | Senate Television via AP

Sen. Mike Lee (R-Utah) on Wednesday night objected to the portrayal of an accidental phone call from then-President Donald Trump, plunging the Senate chamber into confusion on the second day of Trump’s impeachment trial.

Rising as Rep. Jamie Raskin (D-Md.), the lead House manager, moved to end discussion until Thursday, Lee asked that a characterization of the call be stricken from the record, contending that it was inaccurate.

Trump called Lee on Jan. 6, the day of the Capitol insurrection, but had meant to call Sen. Tommy Tuberville (R-Ala.). Lee recounted to the Deseret News last month the call from Trump and said he had passed off the phone to Tuberville when he realized Trump had dialed him by mistake. Trump‘s personal lawyer Rudy Giuliani also left a voicemail meant for Tuberville that day to corral support for Trump‘s election disputes, but he‘d also accidentally dialed Lee.